I ran the sixth annual Swamp House Half Marathon on March 5th. It was my first time running this race, which courses through my hometown of DeBary, Florida.

The route follows residential streets, our small town's main drag, and oak-covered canopy rural roads. The start and finish are at the namesake sponsor venue, The Swamp House Grill on the St. John's River.

Training & Goals
As far as training goes, I'm still focused on weight loss and staying healthy and "half ready" with my modest weekly base.

Goals? What goals? I have a hard time putting together a race strategy or plan, I guess due to fear of failure. This race was no different. Coming off of an easy week following Princess weekend, I kept expectations low. I did have the nebulous idea that it would be nice to run a sub-2:30 half marathon "at some point" this year. 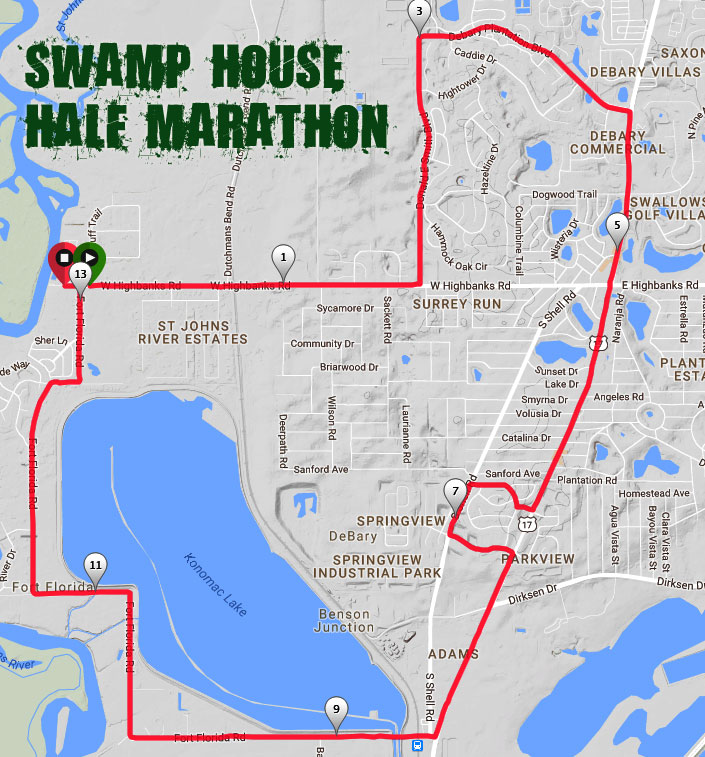 Race Day: March 5, 2017
The start/finish area for Swamp House is accessible via one two-lane road, so although we live close by, Arthur and I left home around 6:15AM for the short 6 mile drive. The road in was to be closed to vehicle traffic at 6:45AM and Arthur was planning to drop me off and drive back home. By about 6:40AM we were still a mile away, stuck in a long line of cars headed to the parking lot. I got out to walk the remainder so Arthur could turn the car around and get out before the road was closed.

I arrived at the staging area and left my drop bag and used a portapotty. Soon it was time to line up for the race. Conditions were near perfect with partly cloudy skies, light winds, and 63% humidity. It was 61° at the start. 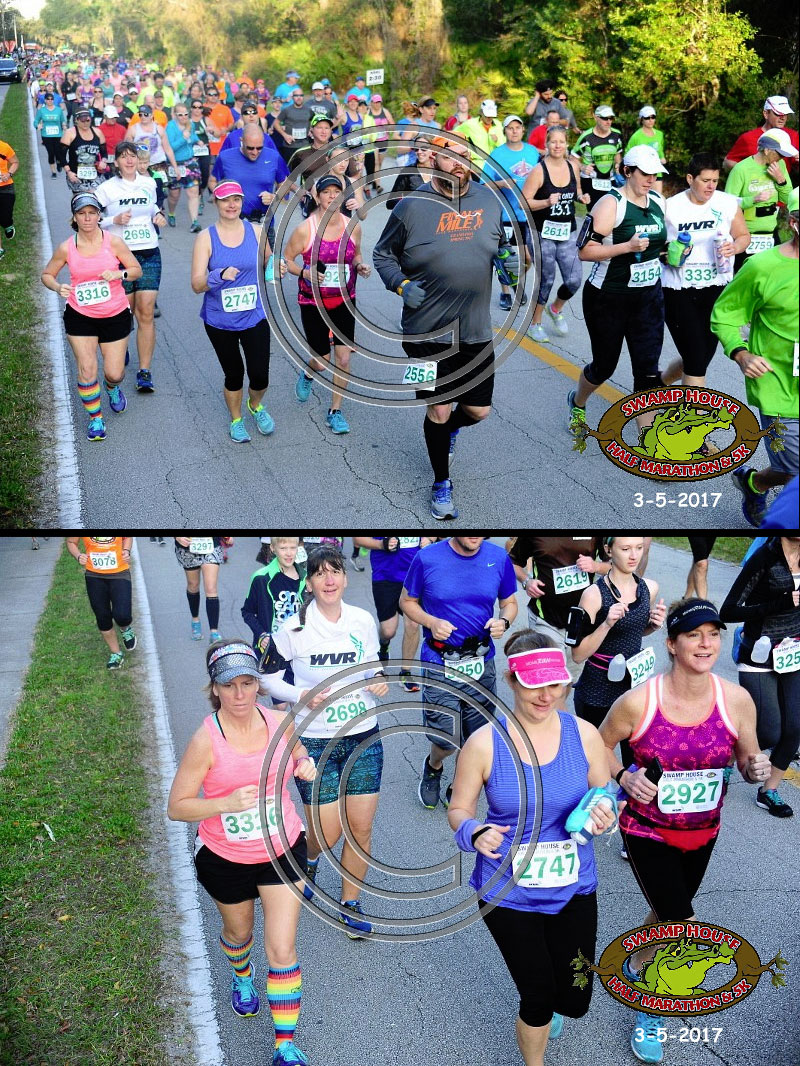 These miles took us through residential areas as we ran east on Highbanks and then turned north on Donald E Smith Blvd. I looked for Florida Scrub-Jays on Smith but didn't see or hear any, but I did hear a few Eastern Towhees.

These miles were through a country club community along Debary Planation Drive before we turned south onto 17-92, the main road through DeBary.

At the end of mile 6 we took a short jog into the Springview neighborhood. Arthur walked over from home to see me on the course here. He even ran with me for a while! It was a great boost to see him. I told him I was going way too fast and I would probably have to start exclusively walking soon. He asked me why I didn't just slow down. Shrug.

These miles took us back out onto 17-92 and the west down Fort Florida Rd for some nice "old Florida" scenery. When we ran by the overpass by Konomac Lake I looked for the American Kestrels I've seen there frequently this year when birding. No luck. 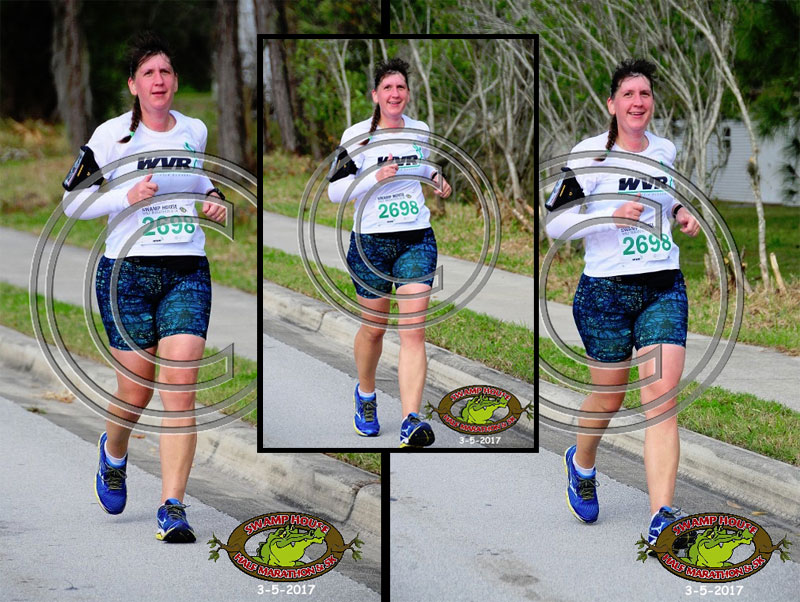 After I passed the mile 11 marker I just kept telling myself I had less than 25 minutes left of this running nonsense and then I'd be done. A little further, and I thought Amy, it's less than 20 minutes of running left, you can do this. I even thought I could "run" a 16 minute (or whatever) mile 13 and still get a big PR... but that would only be cheating myself. Banking time is a race strategy, but it's not a very good one. Along with talking myself into pressing on, I was doing a lot of mental math. Come on Amy, come on, you can do this!  Oh, the head games a runner plays during a race! 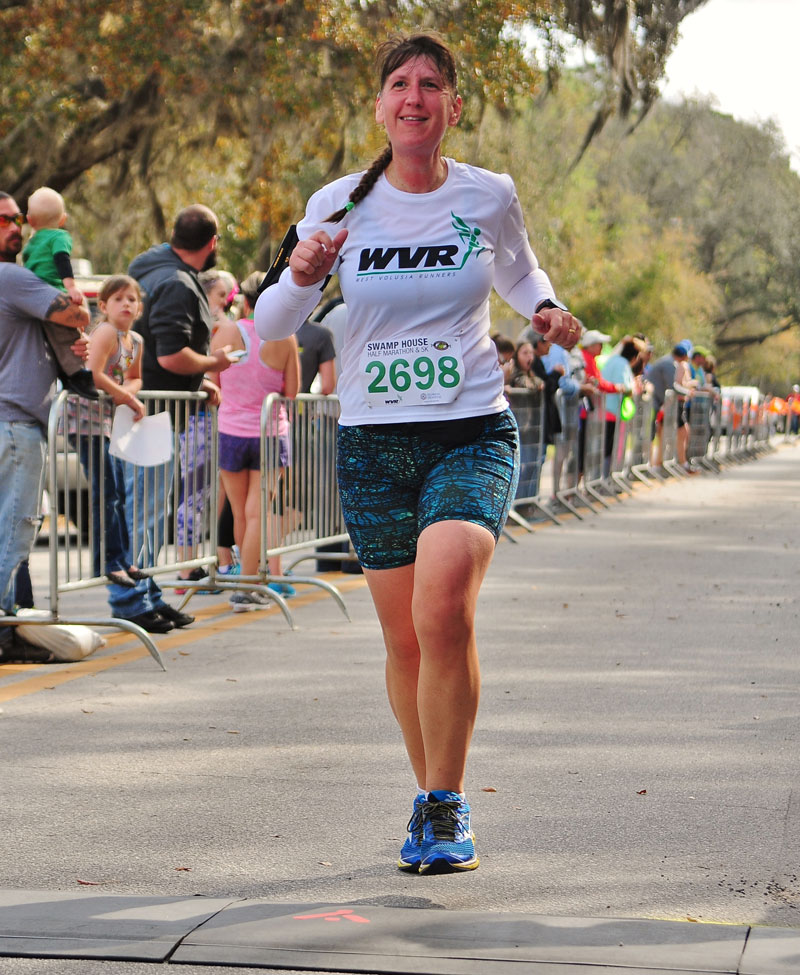 Every time I raise up my arms in race photos I look like an idiot so I try really hard not to do it, but I couldn't stop myself at the end of Swamp House. I knew it was a big PR but I wasn't sure exactly how big (7 minutes 25 seconds) until the official results were posted.

After Party
This race is known for its great after party with unlimited free beer for participants as well as barbecue food and the usual runner's fare of bananas and donut holes. There were also plenty of vendors and reps from upcoming local races at the party, which takes place at The Swamp House Grill right on the St. John's River. It's a beautiful spot on the river for a party. After I picked up my drop bag, I had a few beers, rang the PR bell, and walked back to watch others finishing the half. 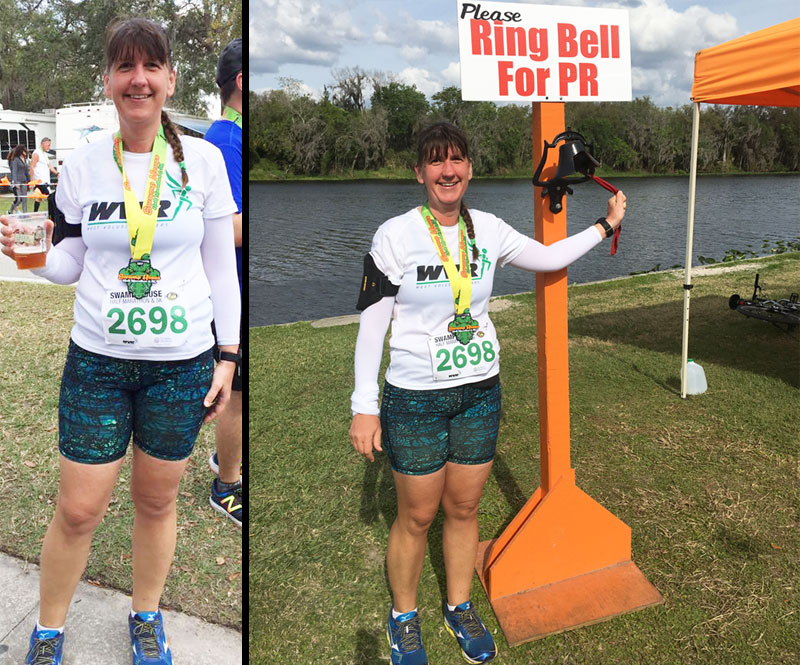 Recommendation
The water stop volunteers, bike marshals, course pointers, and law enforcement folks who worked this race were all outstanding. Each water stop was full of enthusiastic volunteers who took their job seriously even though they were obviously having fun. The course is relatively flat and I really enjoyed running the familiar streets of my hometown. The amazing course support was matched by the great after party. I didn't stay too long but I enjoyed it and I know it's a favorite among local runners. I highly, highly recommend this race. 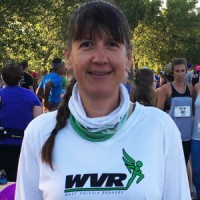 The NM Chips & Salsa Half Marathon in Albuquerque was kind of on our big western road trip route at kind of the right time. Arthur kindly adjusted our itinerary a little bit so I could add New Mexico to my race list. This race is put on... 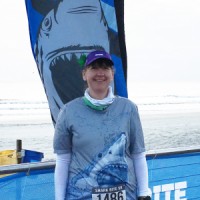 The fourth annual Shark Bite Half Marathon and 5K took place on January 20, 2019. This fun and popular event happens in the shark bite capital of the world, New Smyrna Beach, Florida. The charity Girls on the Run Volusia County is associated with the race. Training... 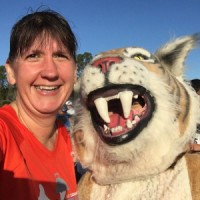 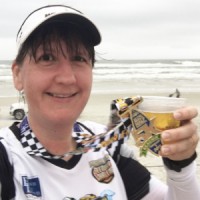