So I kind of signed up for the Volusia Pines Elementary 5K on a whim. I was looking for races on RunSignUp.com and this nearby event came up. There weren't a lot of participants listed and the price was right ($10) so I thought I'd go for it. After I registered online, I realized I hadn't been asked my shirt size. And that it wasn't a timed race, which was something I'd meant to avoid. RunSignUp allowed cancellation for a while before the registration went through, so I cancelled my registration and sent an inquiry to the race director... who thanked me profusely for signing up. I got the t-shirt business sorted out and signed up again for the race. The race was to raise money for the school's kindergarten playground.

Training & Goals
I had been running 3 times per week for several months, usually two short runs of 5K and a longer run. Since the race wasn't timed, I wasn't worried about making a PR.

Race Day: February 6, 2016
This was the first race I went to by myself. I really downplayed it to my husband, plus I was going to be racing three more times in February. When I arrived at the school, the gate was still locked with two cars in front of me. After we got inside and I parked the car, I went out to pick up my shirt and bib. The race director showed us the route, which was mapped out on a whiteboard. We would be running two loops around the parking lot, and then two loops outside of the school. As I wasn't at all familiar with the area, I asked if there would be pointers out on the course. We were assured it was so -- phew!

The race was supposed to begin at 8:00AM, but we didn't start lining up until about 8:15. In total there were 72 people registered for the race, with about 1/3 of them being students and nearly everyone else associated with the school as a parent or teacher. A group of totally adorable little cheerleaders performed a few cheer routines before the race. It was 54°F and partly cloudy at the start.

Mile 1: 10:51
We ran around the parking lot twice. There were a lot of walkers so I passed a bunch of people on these two loops. Then we headed out on a rural road and followed a farm field.

Mile 2: 10:44
We turned into a small woods that ran alongside the school grounds. The water stop was being manned by two older students who just sat behind the table. The table was pretty obscured by a boundary fence so I didn't even see the water until I was right on top of it. We passed the school and headed into the second loop.

Mile 3+: 10:53, 5:07*
What a pretty course! I thanked the people directing us and stopping traffic. Along the farm field I started passing a few other runners. Heading into the woods, I saw a lot of walkers just finishing up their first loop. I didn't see anyone running in front of me any more. As I ran back into the school parking lot, I was unsure of how to reach the finish line. Loop the parking lot again? Or run to the finish "backwards"? I saw the cheerleaders and race director motioning me towards them so I headed in their direction to finish the race.

The race director handed me a little medal with an envelope and said "Congratulations, first adult"! What. I laughed and said, "You're kidding!" No joke, but I couldn't stop laughing, and then smiling like an idiot. I got a little first place medal, a $20 Walmart gift certificate, and a $5 ice cream parlor gift certificate. The cheerleaders gave out medals to the next few finishers, too. 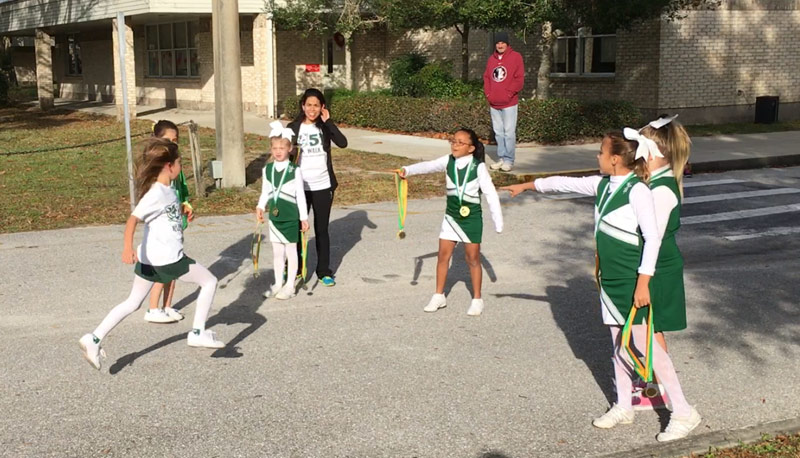 The course was a bit long. My Garmin put me at having run just under 3.5 miles (5K is about 3.1 miles). Another runner mentioned the same. 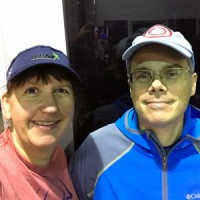 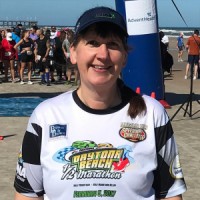 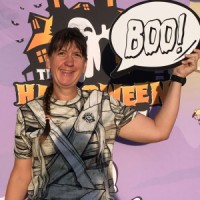 The Happy Halloween Run, apparently previously known as the Halloween Hustle, is a novelty untimed fun run put on in several cities nationwide by Superfly Running. Naturally, participants are encouraged to dress up. Training & Goals I was looking for a fun Halloween race for this season... 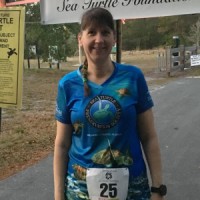 The Jenny Albert Hatchling Dash 5K race benefits the namesake foundation, which provides support and funds for sea turtle rehab, conservation, and more. I ran the second annual event, which took place at Bill Fredricks Park in Orlando. This was an untimed run with awards only going to...