Lighthouse Loop is an awesome local race that benefits the athletic departments of 10 Volusia County schools. The schools man 10 water stops on the half marathon course and the stop with the best cheer squad wins the most spirited award (and a cash bonus for the school's department). The race is put on by West Volusia Runners. The Lighthouse Loop 5K was my very first race ever one year prior.

Training & Goals
This, and the Wine & Dine races the following weekend, were supposed to be my goal races for the fall. But I let my training slip for two weeks mid-October when family visited. Before that I had also missed a couple of runs because of Hurricane Matthew. And I'd gained a bit of weight over the summer. But I was still looking forward to running Lighthouse Loop and hoping for a half marathon PR for my second race of this distance.

Race Day: October 30, 2016
I drove over to Port Orange for the race by myself. I had a bagel with peanut butter for breakfast and packed a couple of gels and sport beans for the race. Weather was clear. It was 64°F with 100% humidity (!!) at the start. 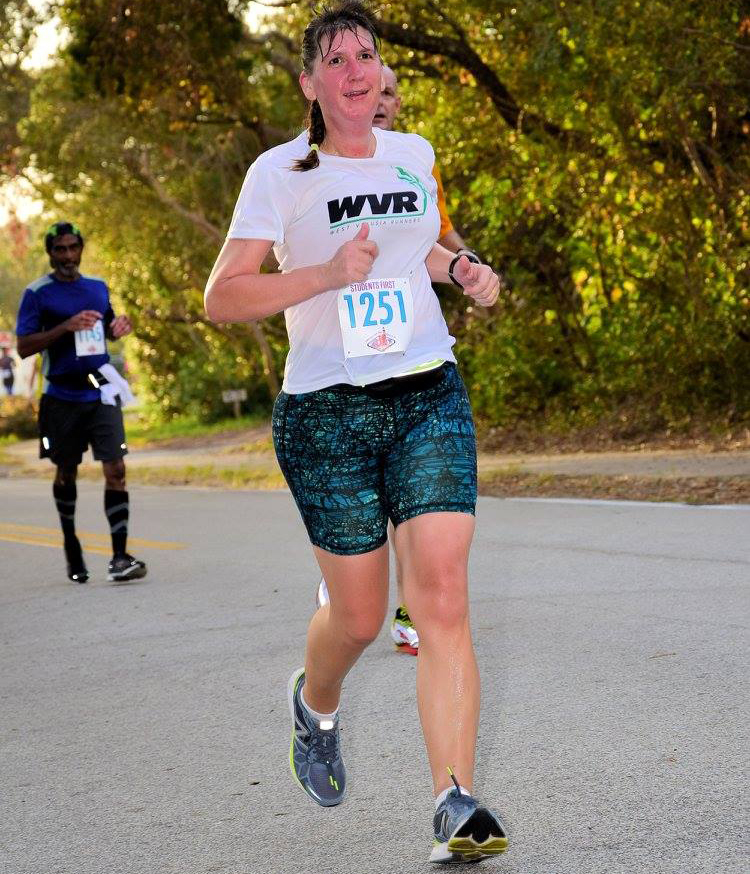 Mile 7, 8, 9: 11:29, 12:25, 13:02
The highlight of the race is running through Lighthouse Point Park at the end of the peninsula in Ponce Inlet, and then swinging around the lighthouse. A lot of runners paused to take selfies with the monument before running on.

Shortly past the lighthouse there was a runner in trouble; EMTs rolled up in an ambulance as I ran by.

Somehwere during this part of the race I realized I wore the wrong shoes. I started to feel friction and the beginning of a couple of blisters forming.

Mile 10, 11, 12: 13:55, 13:54, 16:20
I suddenly started feeling really fatigued at the end of mile 9 and into 10. I ate my sport beans but they didn't help. I took a few extra / longer walking breaks as I powered on. The blisters were annoying but they weren't slowing me down. I just felt extremely tired and a bit unwell and lightheaded. I had water at each of the water stops and I had hydrated before the race. I don't know what went wrong but this wasn't my race. During one of those miserable walk breaks the 2:30 pace group passed me and I felt completely defeated. I ended up walking nearly the entire last two miles.

Mile 13+: 15:52, 2:47*
Right at the end a fellow runner from the club (West Volusia Runners) saw me and my club shirt and cheered me on, running me in a little bit. That lifted my spirits briefly and I was able to run over the finish line, but as soon as I got my medal and a bottle of water I sat down, feeling ill.

I felt sick and I was so mad at myself for the poor performance. I had a second bottle of water and some orange juice but I didn't feel like having any of the breakfast buffet or any of the other treats being offered at the finisher party.

I really wished Arthur had come with me because I didn't want to drive home alone. After sitting for about a half hour I finally managed to stagger over to the car and drive home.

I had so been looking forward to this race and hoped for a PR so I was extremely disappointed. It took a few days for me to feel proud of finishing the race. The medal is really cool (for the 5th anniversary of the race the lighthouse medal lights up!) and I'm proud to have earned it. My second half marathon! Not the outcome I wanted, but I did it. 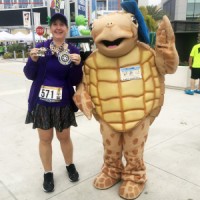 The Daytona Beach Half Marathon weekend made some changes for 2019, including adding a Saturday 5K and moving up the Sunday 5K to start shortly after the half marathon. I had planned to run the half marathon for the third year in a row. Read my previous... 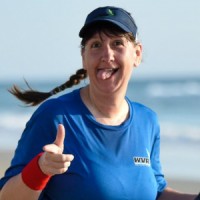 The Firecracker 5K Beach Run used to be a fundraiser for the Daytona Beach Track Club. 2019 marked the first year this holiday race was put on by Red Pointer Productions. Training & Goals Still wonky in the Achilles. I planned to follow my slow and...