This inaugural race was put on by the Titans Athletic Booster Club for University High School in Orange City, Florida. The fundraiser event had both a 10K and 5K race.

Training & Goals
August races are few and far between here in Central Florida and I figured I'd be itching for a race around this time, so I signed up for the 10K. The nearby location and the great supporting cause certainly help in my decision to register for this race.

Race Day: August 17, 2019
It was a quick short drive to University High School in Orange City on the morning of race day. The 10K runners started a bit late, just after 7:30AM. When the 5K started at around 7:45AM it was 77°F with mostly cloudy skies and 89% humidity.

Mile 1: 11:43
We started out on the high school track, then ran a bit around the campus before heading out on West-Side Parkway to the sidewalk along Rhode Island Avenue. It wasn't fun running on the sidewalk, which had some overgrown weeds we had to dodge in some places. Even though I had taken a break from running after my July runstreak I was disappointed at how quickly I felt winded in this race. I started out with a 2:1 run:walk ratio but slipped into 1:2 after about a half mile.

Mile 2: 13:00
Still on the sidewalk along Rhode Island Avenue, at the start of our 2nd mile we hit an out-and-back portion where runners from both races were heading back. Passing others on the weedy sidewalk was a bit tricky in places. Once we hit 17/92 we looped back on a side road before joining up with Rhode Island to return towards campus.

Mile 3+: 13:19, 0:49
Once back on University High School property, we ran a bit around a parking lot and then an unexpected long piece in grass leading up to our return to the track for the finish. The turf terrain was pretty uneven so I walked this entire part.

After the Race
Results were available online in real time. When I checked I was shocked to see I was 2nd place in my age group (45-49). Yay for small races. I had a banana and a water and chatted with fellow WVR club members as we waited for the awards to be given out. Our club did very well and a lot of use received Age Group awards in both the 10K and 5K. 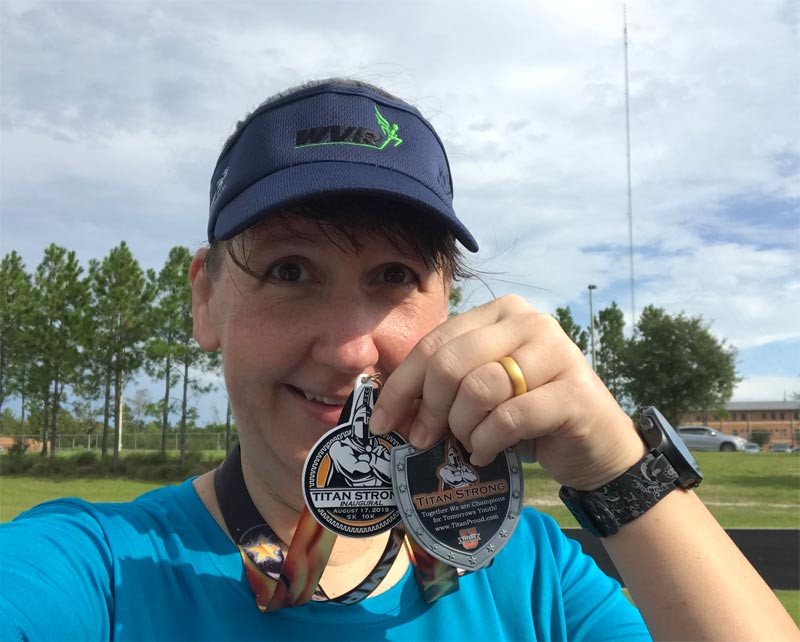 Impressions and Recommendation
Even before race day I was impressed with communication from this race. Interested runners could sign up to be notified about registration and other key pre-race dates, and pre-race emails were informative and timely. The race itself was fairly well done with an okay course and okay course support. I was glad I dropped down to the 5K not only due to my own issues but because the 10K was just two 5K loops which I don't find any fun at all.

This race had very good swag, especially for an inaugural event. Finisher medals were custom, and the participant t-shirts were gender-specific tech. Even the bibs were full color custom jobs, very nice. A full assortment of Age Group awards was also nice to see for this inaugural event.

It was fun to start and finish on the school's race track. I will probably sign up for this again and would recommend it to others, especially local runners. 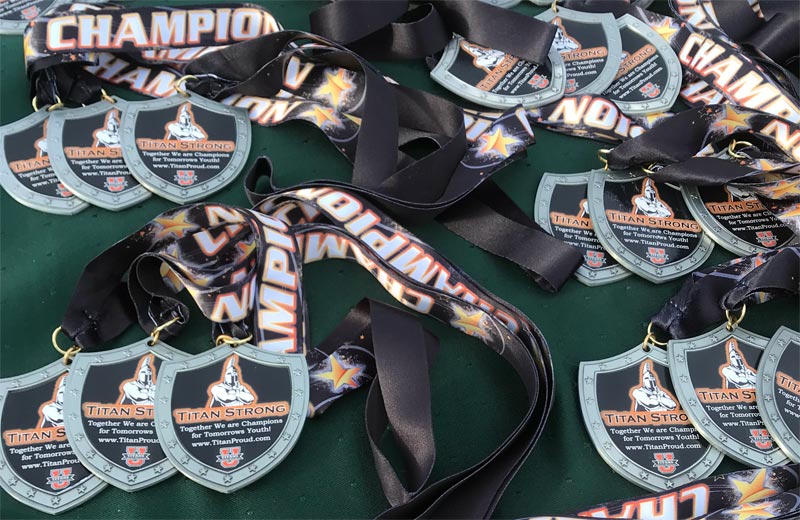 Well, here's another trail race report. I generally don't like trail running, but apparently I suffer some kind of periodic trail race amnesia. My beloved nearby Gemini Springs has a special place in my heart. I have spent many hundreds of hours there birding. Even if... 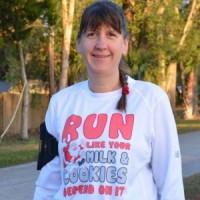 This race in pretty and historic Lake Helen was my third of three holiday races for the season. This race was the most enjoyable of the bunch for me, though I now realize that three is too many. Lake Helen's Holiday Stress Buster raises funds for the city's...