I ran the second annual event, which took place at Bill Fredricks Park in Orlando. This was an untimed run with awards only going to the first three male and female finishers.

Training & Goals
This three-miler fit into my training plan nicely and I love to run races that support conservation causes so this seemed like a no-brainer. I was looking to have a nice tempo run and enjoy a new running location.

Race Day: March 25, 2017
Arthur and I headed to the venue early Saturday morning. I still had to pick up my packet so we wanted to arrive in time.

We chatted with an acquaintance from Arthur's volunteering days with turtles at the Marine Science Center. We learned the course though the park was a pretty one that included some running along the lakefront.

Before the race the event DJ stressed several times that runners should watch for the yellow arrows to indicate the course. Like, really stressed it, many times. Okay. Got it. I WILL PAY ATTENTION TO SIGNS ON THE COURSE.

Soon it was time to start. The starting line was a wooden contraption built to resemble the markers put on sea turtle nests along the coast. Cute.

Mile 1: 9:32
Way too fast, ugh. We ran from the back of the park towards the main entrance, and then back towards the starting area. We would do a few laps like this, going back and forth across the long and narrow park.

I was paying attention. I saw several yellow arrows and followed them, along with everyone else. We passed the water stop shortly before the M2 marker and continued on.

I didn't notice any yellow arrows. I followed the runners in front of me and continued on.

Mile 3+: 11:03, N/A
Hmm, where is the part of the race where we run by the lake? That must come up very soon, right? No yellow arrows, just several runners before and behind. Run on.

When we reached the start/finish area no one told us where to go. I mean, obviously we made a mistake on the course because our approach to the area was all wrong, but we got no advice on what to do or how to get back to the course or ANYTHING. A few of us trotted towards the starting line cage thing, trying to figure out where the finish line was, only to find the way blocked by cones. I went back the way we came and asked someone where the finish line was. He had me run around the cones and come up to the finish line which was very unclearly marked. I got my medal and then proceeded to run another half mile or so on a random path in order to get in my three miles (realizing later that I did not complete a 5K (3.1 miles), ugh!).

Arthur saw me at this time and without knowing what was going on he was surprised to see me at the finish area so quickly. Here I am running around like a goof with my medal to get in my 3 miles. 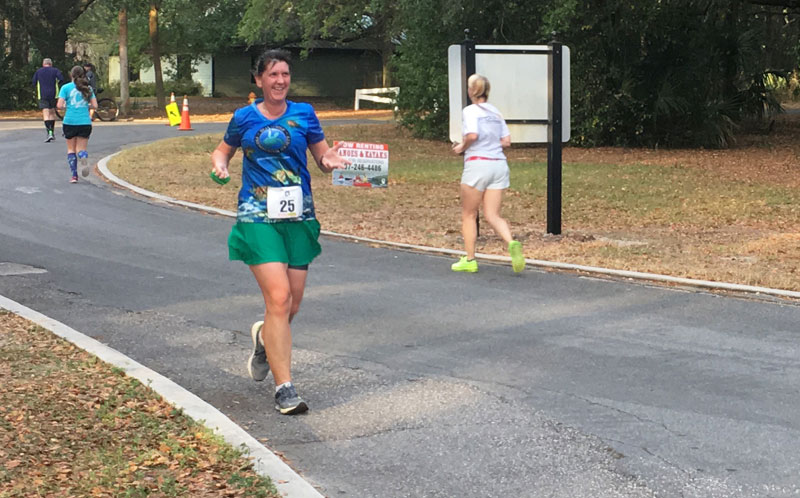 It was a long time before we saw runners coming in on the (presumed) correct course. Totally bizarre. We heard people grumbling but no one from the race staff or volunteers said anything about all the course cutters.

Recommendation
To be fair I didn't vocally complain to anyone about the situation. I just grumbled to Arthur and fellow runners in the same confused situation. Sorry to say I will likely not run this race again. It took place on the same day as this year's Winter Park Road Race which I was sorry to miss. After the course fiasco at the Hatchling Dash I regretted missing Winter Park even more. Ugh. 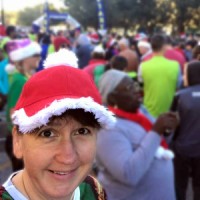 I've run this local Christmas-themed 5K race, Naughty or Nice, twice before. Back in 2015 it my third race ever. I ran again in 2016. Training & Goals In early November I went to an orthopedic specialist to get some help with my chronic Achilles... 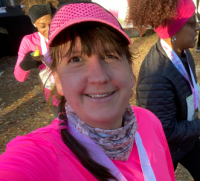 I ran the Lady Track Shack 5K on January 29th, 2022. This was the second time I participated in this long-running and popular local race that celebrates women's health and raises money for mammograms for members of the community in need. I previously participated in 2018.