Are you looking to dress up as a Hollywood Tower Hotel bellhop for the return of the Tower of Terror 10-Miler, coming to Walt Disney World this April? If you do, we've got you covered with plenty of running costume options.

Runners are overly excited for the return of this popular race, which took place three times: in 2012; 2013; and 2014. While the run will take place in the morning rather than the evening, and runners aren't sure what the course will be quite yet, anticipation is high for this race which is part of the inaugural Springtime Surprise race weekend at Disney World this coming March-April.

The event weekend will kick off with another reboot of an old favorite: the Expedition Everest 5K will take place on March 31st, Thursday night. On Saturday participants will run the Race for the Taste 10K, yet another blast from the past. The event weekend concludes with the 10-Miler race.

Here are some costume options available for aspiring running bellhops! 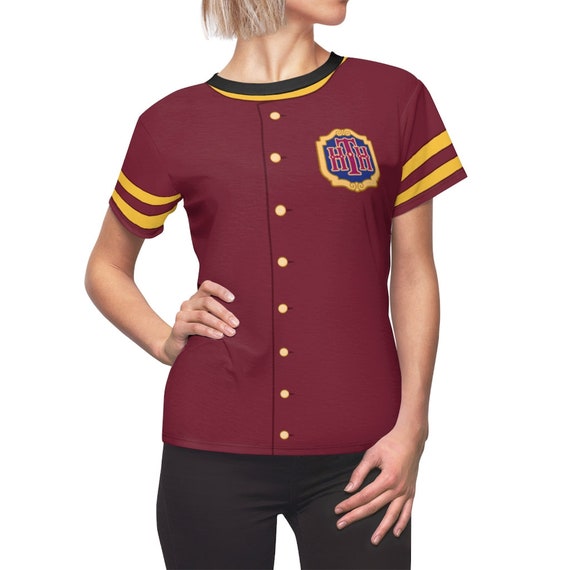 The typical castmember costume for the attraction includes a maroon button-down jacket with black and gold trim worn over dark grey slacks. A finishing touch is a matching maroon, black, and gold striped pillbox hat.

Get your costume started with one of our printed costume tops. We have short sleeved options for men or women, plus tank tops and running bra styles for women. The women's cut costume shirt is featured here, with the other running costume options featured below.

Each top features an overall maroon color scheme, with trim in either gold, black, or both. Printed buttons and a seam run down the front to make the garment look more jacket-like. Each top also features the Hollywood Tower Hotel logo (HTH) at the left breast. 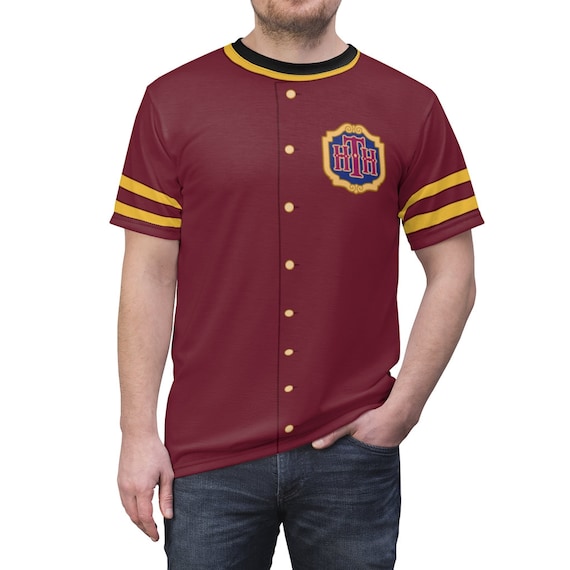 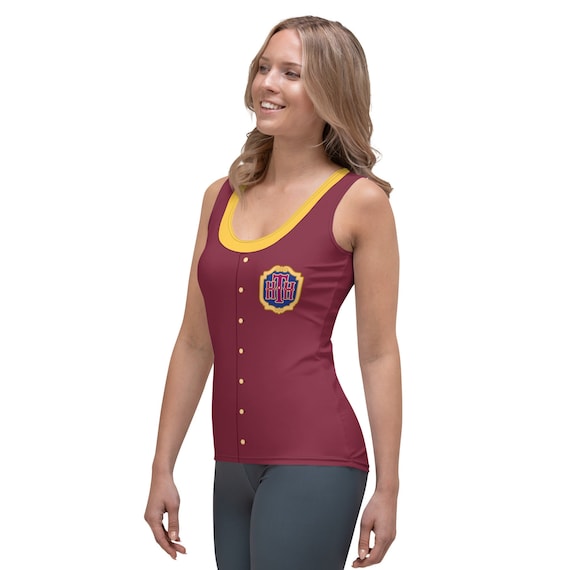 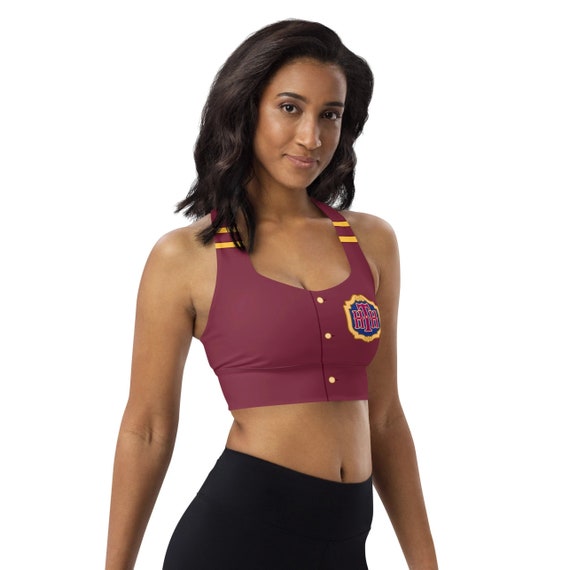 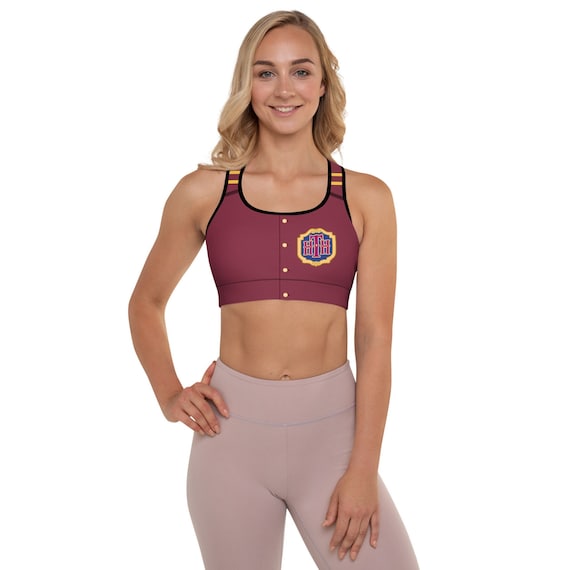 It's easy to pair your Tower of Terror Bellhop costume top with black pants, black shorts, or a black running skirt. You could also go the extra mile (heh) with costume bottoms that include the iconic costume color scheme. Add these dark grey bottoms to your look with our option of leggings or skater skirt. Each garment features maroon stripes with gold trim to match the costume shirts on offer. 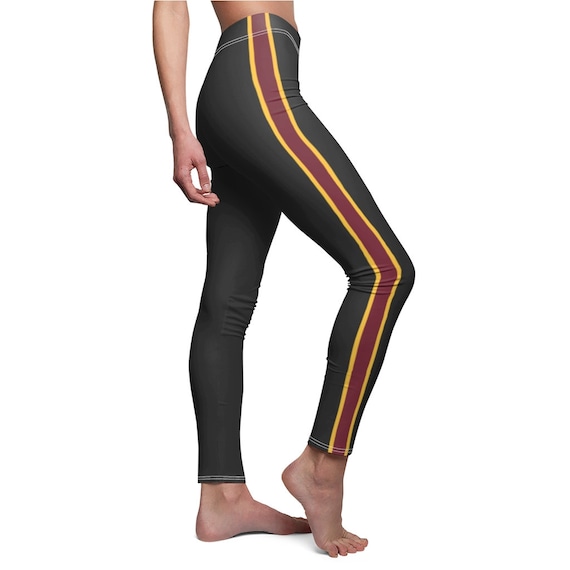 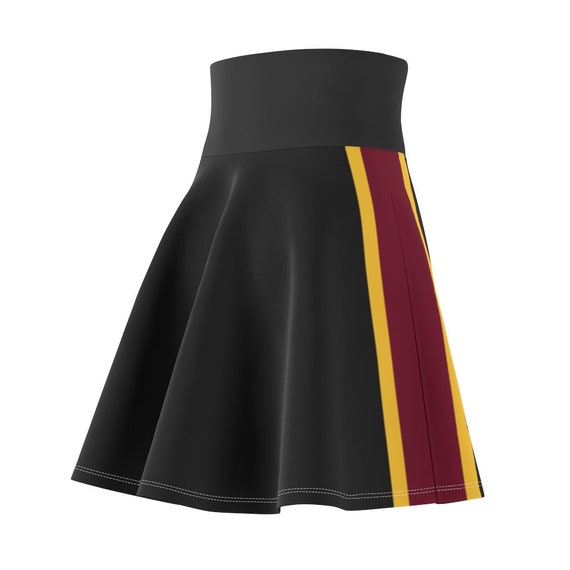 Our biggest seller in this bellhop costume line by far is our fun themed printed Tower of Terror Bellhop Headband. The dark grey band has a thick maroon stripe flanked by thinner golden lines, emulating the color scheme of the overall costume look. You could wear this on its own as a headband, wrap it over your running hat, or use it to make your own DIY bellhop costume pillbox hat.

Add even more flair to your bellhop costume look with this reusable fabric costume face mask. Being that this is a fabric mask, it's better to wear this over a surgical or K95-style non-woven mask for maximum protection. 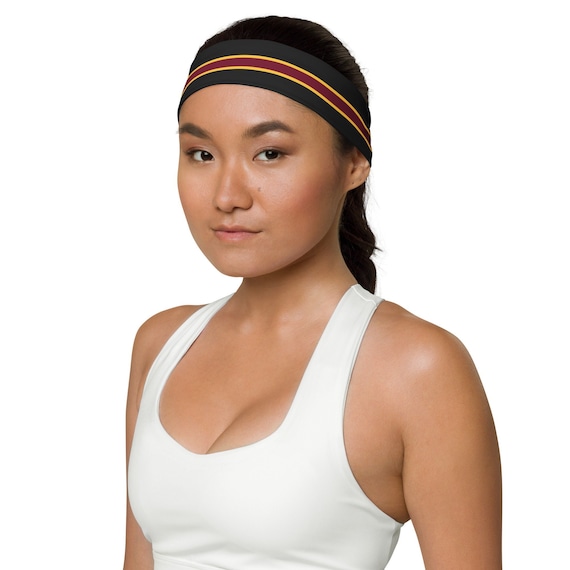 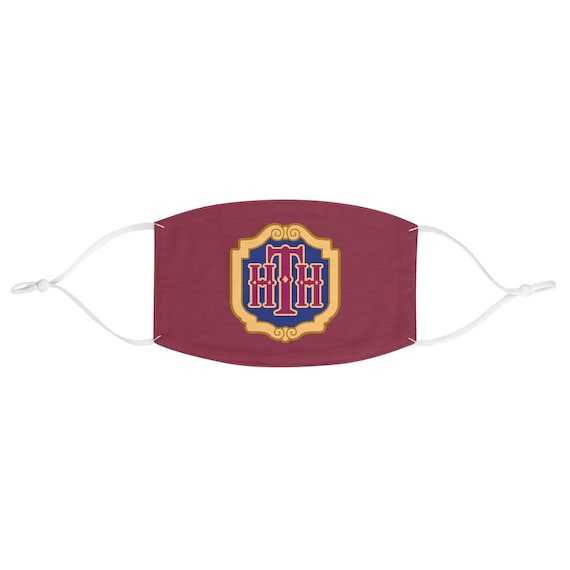 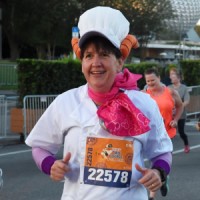 Figment is a mascot of sorts for the Epcot Food and Wine Festival each year, appearing on official festival merchandise and signs. That means Figment is a popular costume choice for a lot of runners during the Wine & Dine Half Marathon Weekend. I ran as Chef... 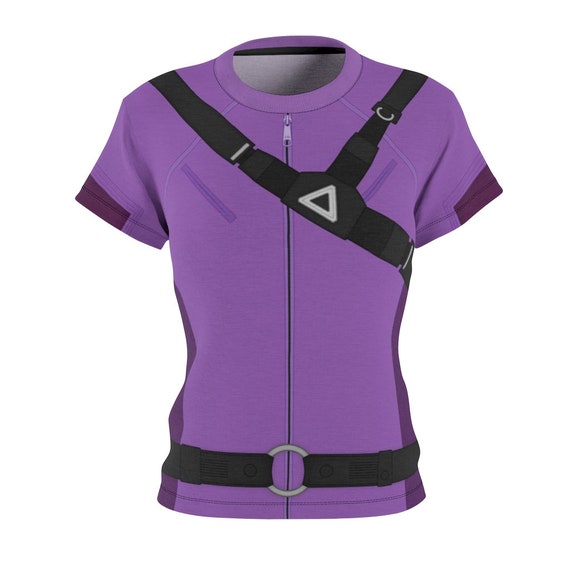 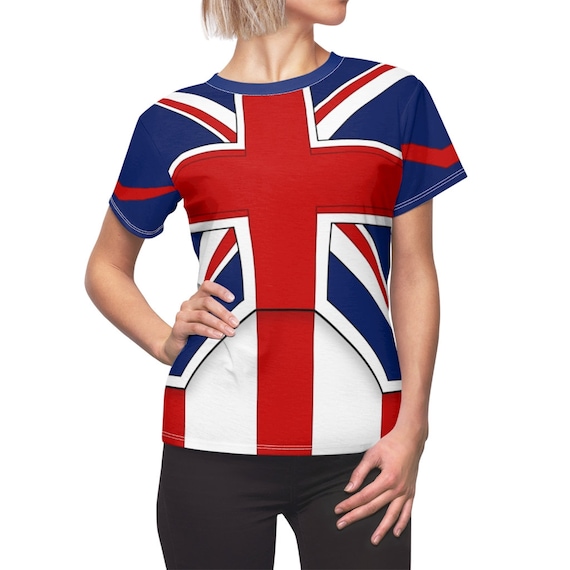 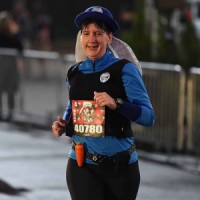 Mickey's Jingle Jungle 5K is one of the races during Wine & Dine weekend at Walt Disney World. For this run back in October 2016, I decided to dress up as bunny cop Judy Hopps from Zootopia. Judy is an extremely optimistic character. She strives to be Zootopia's...