I ran the 5th annual Best Damn Race Orlando half marathon on March 3, 2018. A 10K and 5K (plus challenge) was also offered. The half course runs through downtown Orlando.

Training & Goals
I hadn't run since Gasparilla the previous week. Just not feeling it. No goals. Just hoped to finish in under 2:40.

Race Day: March 3, 2018
I had picked up my bib and shirt the day before so I didn't have to arrive too early race morning. I found some free on-street parking about a half mile from the start at Lake Eola. I stood shivering in my sweater by the gear check area as long as I could before the race started. As the start time approached, I found a spot in the back of the corral. It was 55°F at the start with low 44% humidity and clear skies. 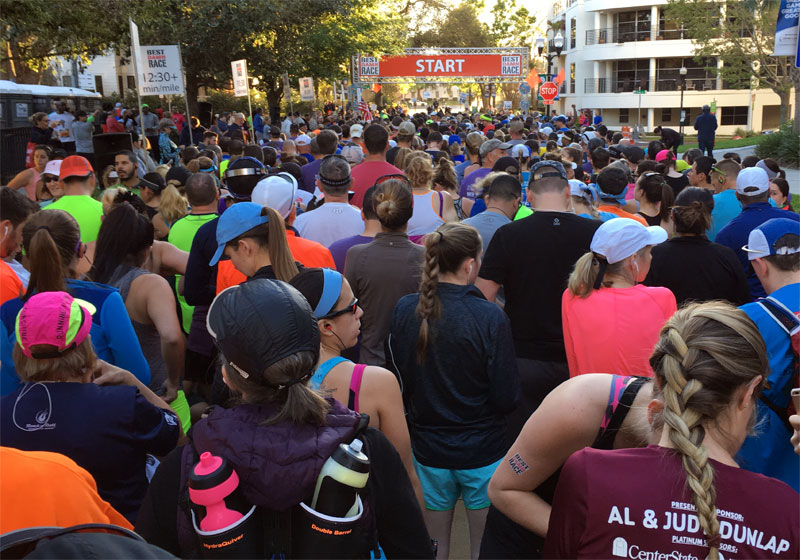 After Party
There were several tents in the runner village giving out treats and samples. The race offered pizza, fruit, and beer for finishers. It was a pretty good spread but I didn't stick around too long.

Recommendation
The half marathon couse is a really nice run through downtown Orlando with lots of shade. I'm not a fan of the brick roads. Good swag and after party. Recommended. 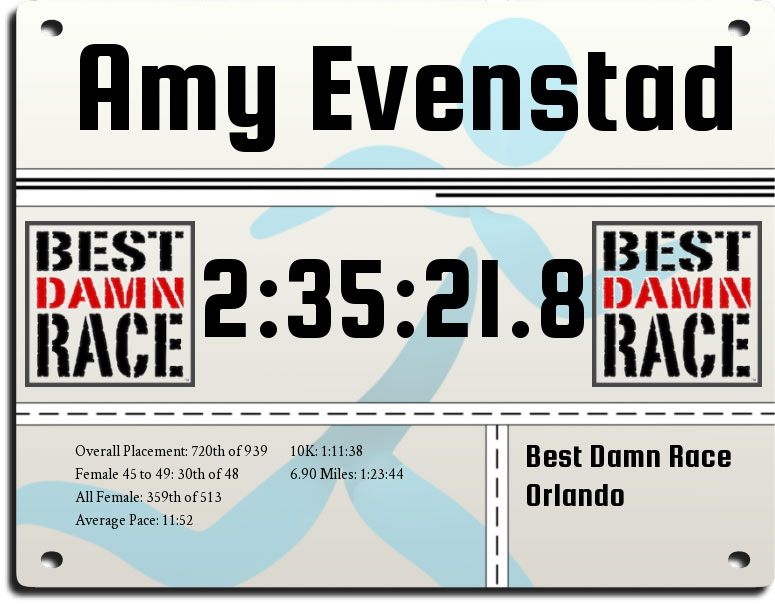 December 11, 2017 in Half Marathon Race Reports 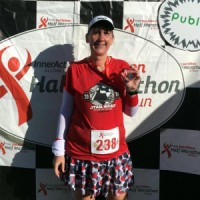 I ran the Red Ribbon Half Marathon in Lakeland Florida on Veteran's Day, November 11, 2017. The race is a fundraiser for the drug abuse prevention group Inneract Alliance. The pretty suburban course runs through Lakeland in central Florida, on roads and multi-use trails, through neighborhoods, and...