My second marathon, the world's biggest marathon, is in the books! At first I was a bit bummed about my slow time but now I'm feeling proud to have finished and very grateful I did not hurt myself or aggravate my injury.

Here's a video from New York's ABC affiliate of the finish line from the first finishers until the six hour mark. I cross at around 7:39:36 on the video's clock time.

After meeting up with Arthur in the family reunion area, we walked back to our hotel so I could freshen up. Arthur found a pub just two blocks away where we could get some food and beer. The bad news was it was on the second floor. Going up was fine. Going down was fine, too, but I had to go backwards. Arthur laughed at me. 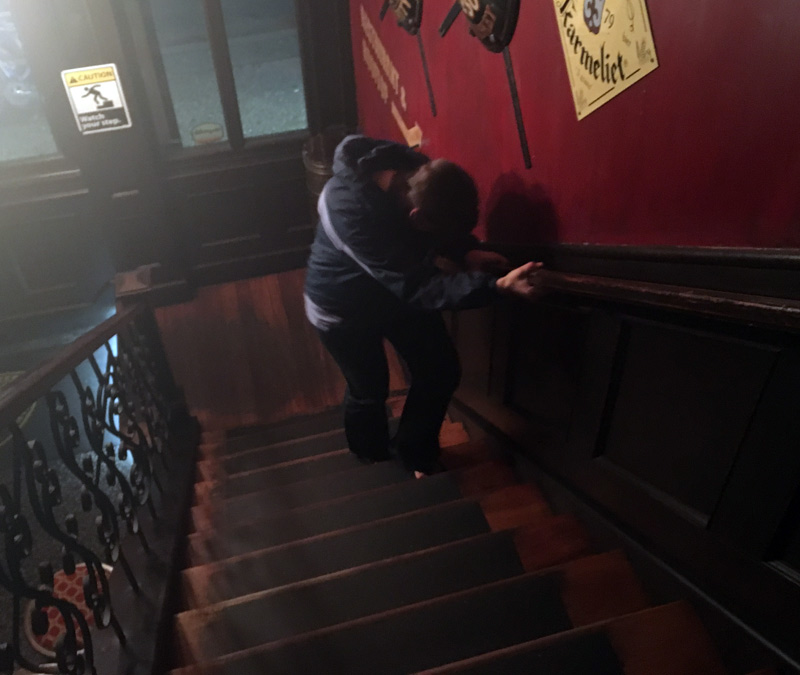 We were so, so lucky with the weather on race day. It rained all morning on Monday. We took a long walk, checking out some more city sights and getting in some nice slow recovery walking miles. I felt good. We checked out the dismantling of the finish line in Central Park. We had a look at the extremely long line to get into the Marathon Pavilion and noped out. Arthur took some photos of me with my medal. 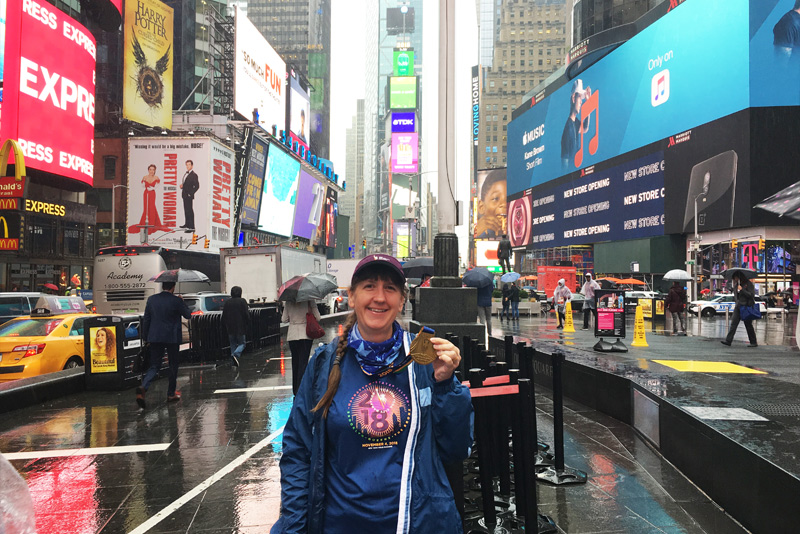 I hadn't found anything at the Expo that I really had to have, besides the visor I got, but I was feeling a little sad for not having a souvenir shirt. We walked into a running store on the way back to the hotel and I saw a shirt I kind of liked. Arthur asked if I saw the back -- OMG I love it! 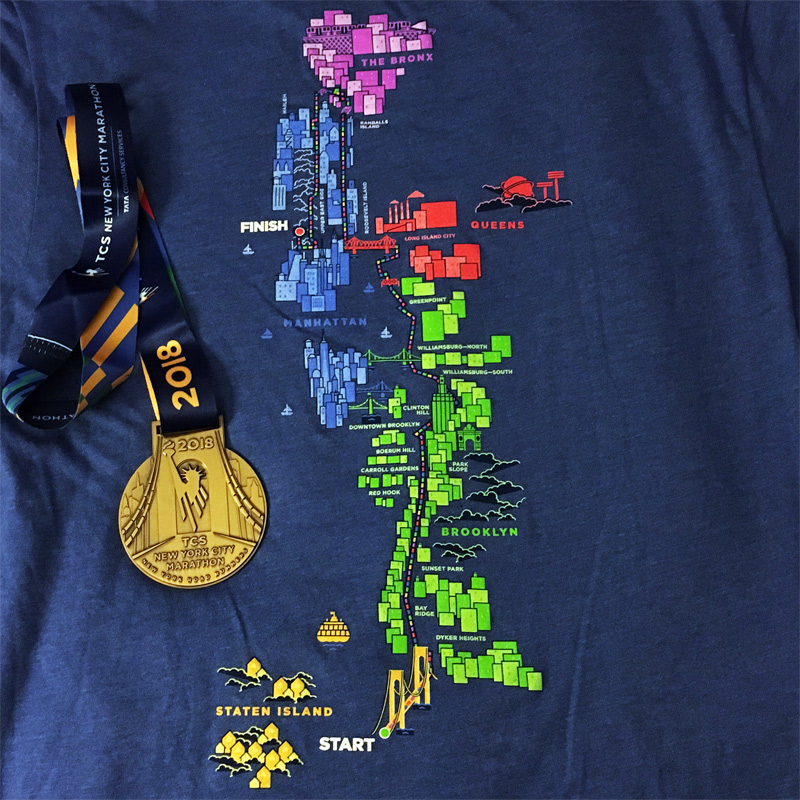 My Garmin running watch sent my race data to Strava, who sent it to Relive, who made this fun video (named "Lunch Run" LOL) showing the route:

Speaking of Strava, they made a little summary video of the race and training. I don't think the numbers are right, including my start time being two hours off, but it's a cute little video summary, I guess.

Back home, I took it extremely easy, with no running. I didn't carry my medal around all week but I did bring it to my volunteer shift at the Audubon Center for Birds of Prey to show it to my buddy Trouble the Bald Eagle. 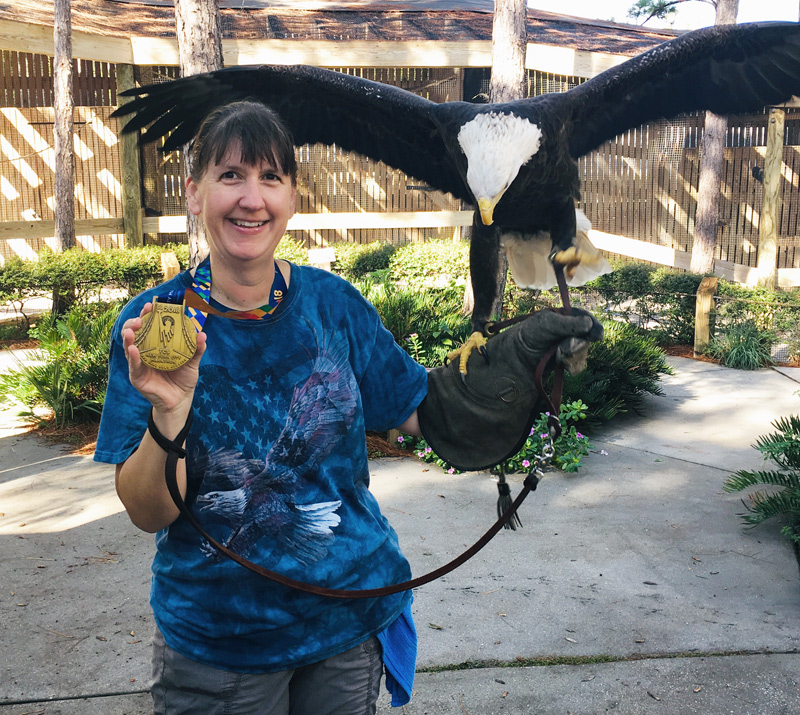 Here's one last look at my stats (the final finisher numbers and my placement are still considered to be unofficial, so there is a discrepancy between the final number of finishers mentioned in the Runner's World article and the graphic below). 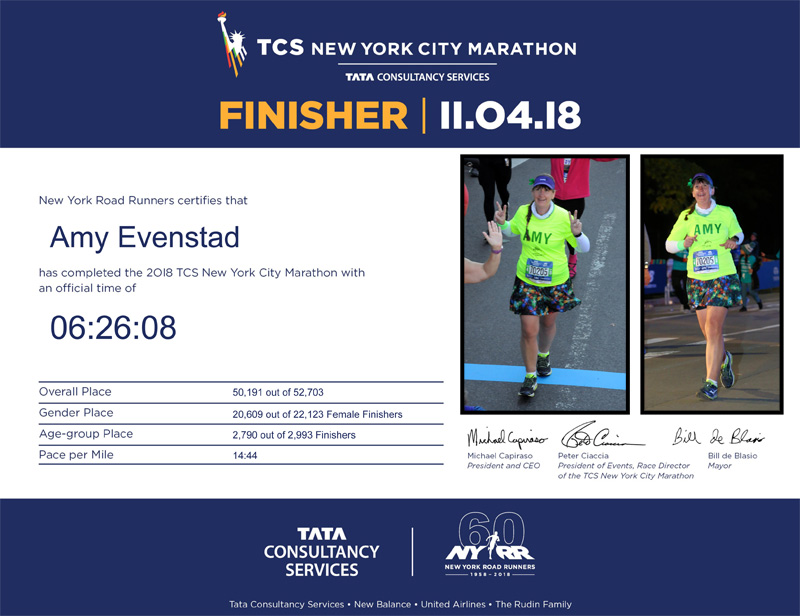 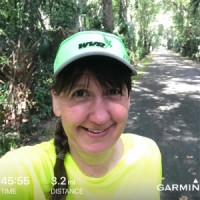 I had a runstreak in July. I did this two years ago with a minimum of one mile per day; this time I ran a 5K a day or more. Not much more; I ended up with 102.3 miles for the month.HIGHLIGHTSI ran 32 miles with West... 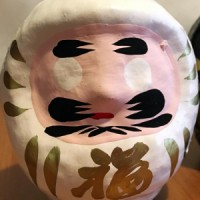 For the past two years I purchased a Daruma doll at the beginning of the year. It is a modern Japanese tradition to use the dolls, symbols of good luck and encouragement, in the setting of goals for the new year. I made my running goal, filled...

June 15, 2020 in Miscellaneous Running and Discounts & Coupon Codes for Runners 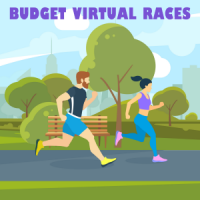 Throughout the spring of 2020, many races were cancelled and postponed due to the global Covid-19 pandemic. Runners saw the rise in popularity of virtual races.  Are you looking for your next virtual race? I found the following budget virtual races that offer different levels of swag. Most include...

Running on the NCL Jade 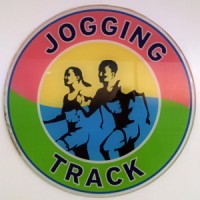 Arthur and I took a western Caribbean cruise on the Norwegian Jade after Christmas, celebrating New Year's at sea. We stopped at five ports during the cruise, book-ended by two sea days. I had a couple of low-mileage runs on board during those sea days. The jogging track on the...