Can You Wash a Sparkle Athletic Headsweats Visor in the Dishwasher?

I recently purchased some slightly used Sparkle Athletic Headsweats visors from Poshmark. Poshmark is an online marketplace where users can buy and sell new and used goods, mostly clothing.

I received the visors and they were as advertised, with a few sparkles missing and lightly soiled. So far, so good, but I had to clean them.

I washed them in our dishwasher using some cap washing frames. I was very concerned about losing some of the sparkle bits.

I was only slightly worried about bleeding colors so I washed them separately but with similar colored items.

Turns out, I shouldn't have been worried about the sparkles. The color, however, faded a lot -- on both hats!

Unfortunately, I made the mistake of not taking a "before" photo of the hats. I am pretty sure the pink one was already missing the few sparkles that you can see on the "after" photo above. The green hat doesn't seem to have lost any sparkles at all. But the color!

The color on both hats faded pretty badly. The green hat seems to have uniformly faded. The pink hat faded more in some spots than others. You can also see the pink hat bled onto the white sweat material on the inside of the hat.

The hats are otherwise in really good shape. The elastic is fine, and the structure of both hats is nearly perfect. They are in better shape than some of my older, more worn Headsweats visors.

The color issue might not be noticable when I wear them. I purchased these used running visors at a discounted price for future races, to add some bling and fun to my outfit. Sparkle Athletic Headsweats visors are especially popular at Disney races. Despite the loss of color, they still sparkle just fine!

Save 10% on shoes and sandals at Oofos.com. You can apply the discount on sale items: Last Chance Sale at Oofos.com. I've been wearing Oofos sandals and shoes for a couple of years now. They help with run recovery and offer my weak Achilles... 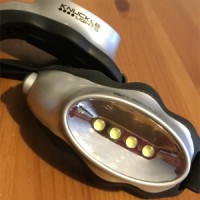 I got a pair of Knuckle Lights for Christmas last year. I used them on every o'dark thirty run I did this year. They got particularly heavy use during May, June, and July, averaging 10-12 miles per week.Knuckle Lights are worn on your hands. You adjust... 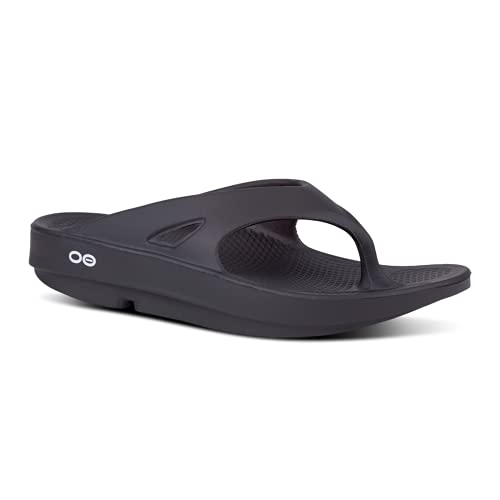 You may have heard great things about Oofos sandals for recovery after running. These soft foam sandals are designed to help speed up recovery by reducing physical stress. I received a pair for Christmas last year and wore them after long runs or back-to-back run days but...