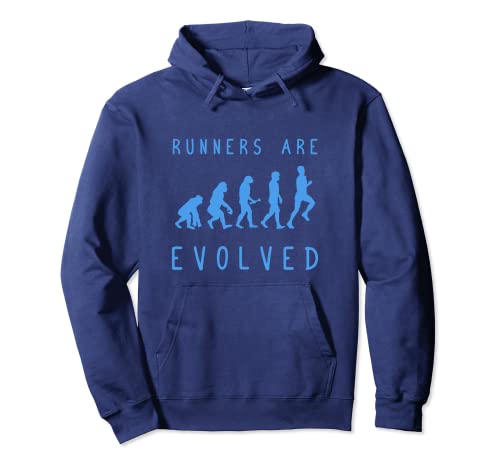 First published as The Road to Homo Sapiens, the illustration now popularly known as the March of Progress represents 25 million years of human evolution. The progression from ape-like animals through early man up to modern man included a sequence of 15 species. The illustration today is often parodied using 4-6 different figures, with the final figure or figures representing a modern human partaking in a sport, hobby, or other activity. In this case, the final figure is running.

So here we have The March of Progress presented in runner style, with a graphic design showing the evolution of man with the final figure taking off in a running form.

This is a fun gift idea for runners. The design is framed with funny text that reads RUNNERS ARE EVOLVED.

Shown here on a classic pullover hoodie, this fun runner-themed spoof design is available in two different colorways on a variety of other garment types and gift items, all from Amazon. See some examples below. 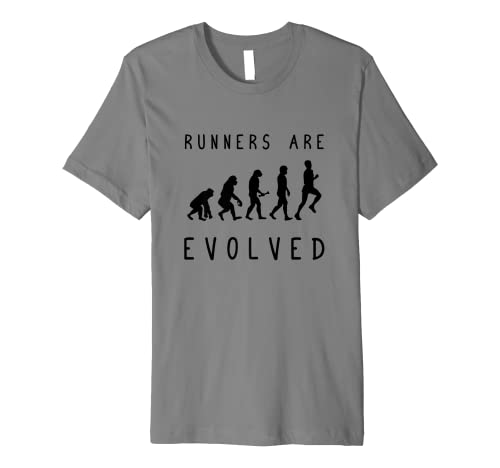 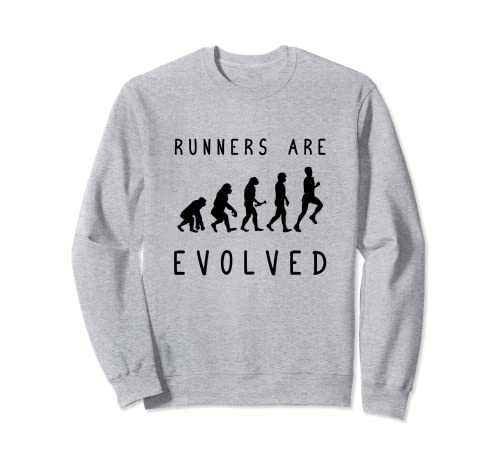 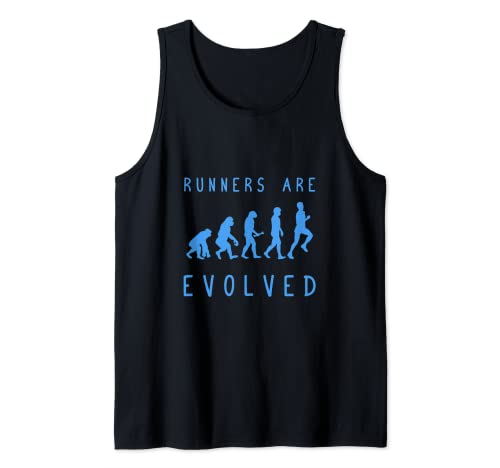 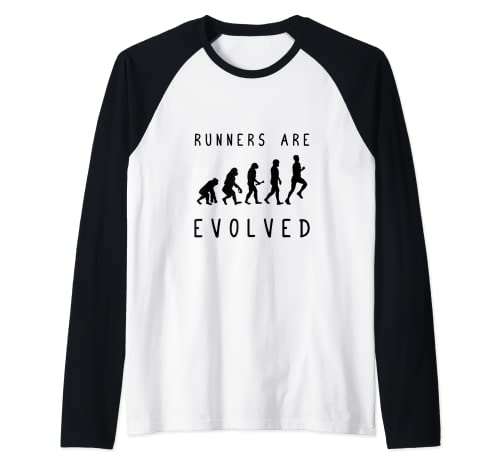 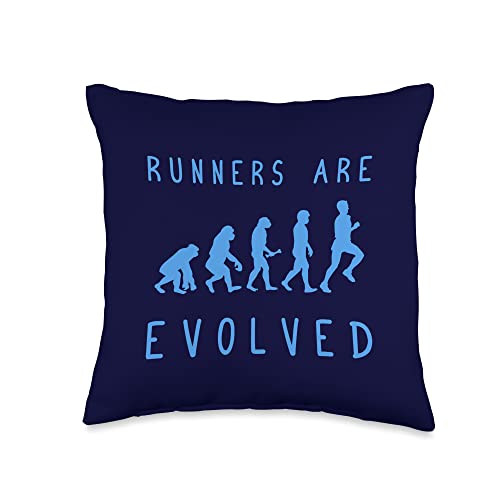 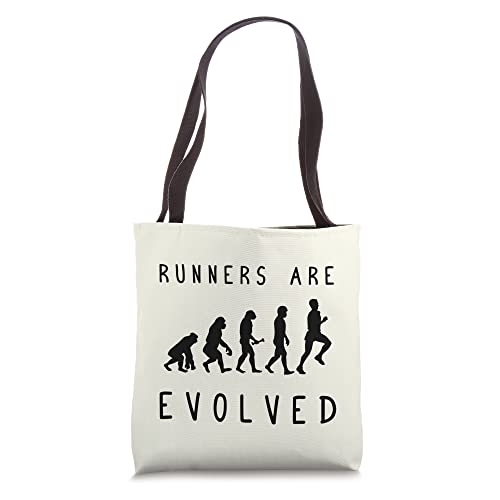 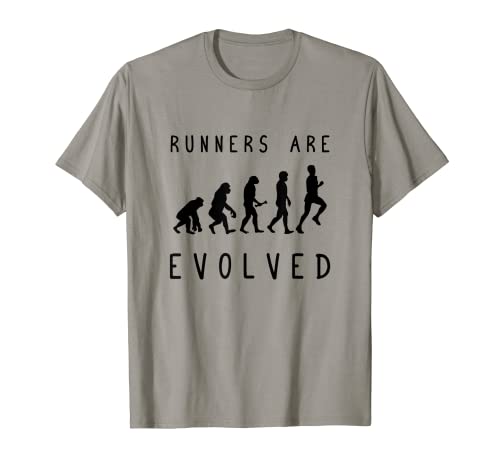 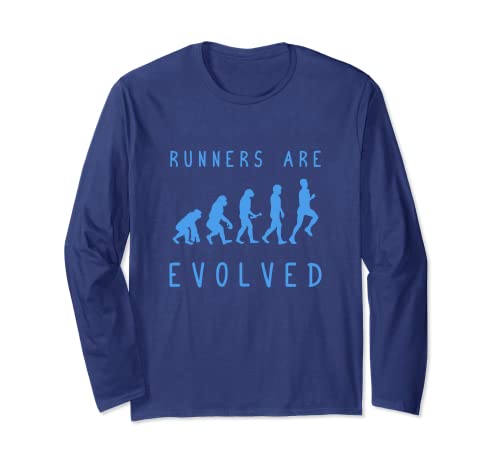 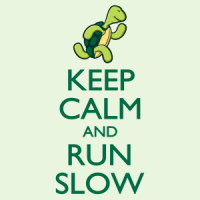 This runner design spoofs the popular catchphrase from the British government during World War II. The phrase, typically "Keep Calm and Carry On", is taken over by runners with the adjustment: "Keep Calm and Run Slow". The crown icon that usually accompanies the phrase is replaced by... 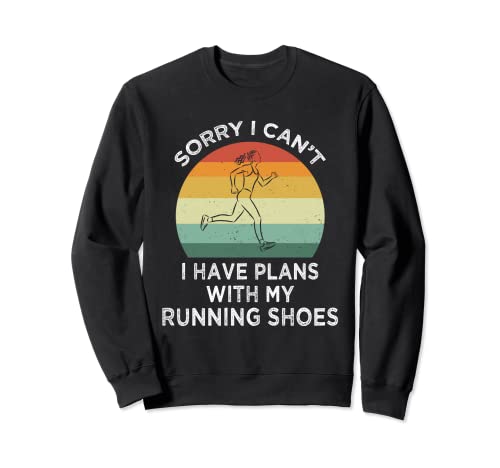 Stylized retro sunset stripes are superimposed with the silhouette of runner in action. This vintage style graphic is accompanied by funny text for runners: SORRY I CAN'T and I HAVE PLANS WITH MY RUNNING SHOES. This funny vintage style apparel design is a great stylish graphic for runners... 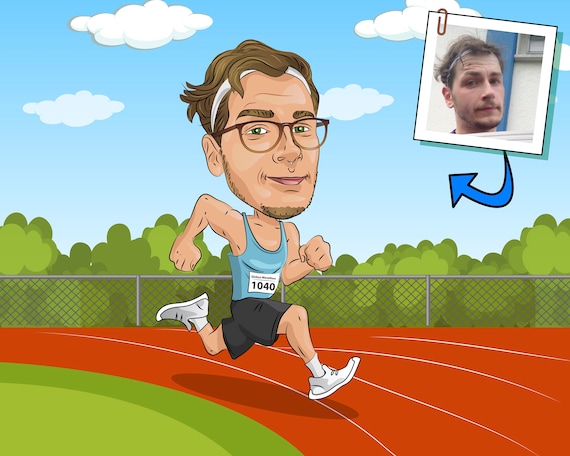 Running saw a surge in popularity in 2020. Quarantine and social distancing, working from home, and the closure of gyms all drove people to look for different ways to stay in shape by keeping close to home and safely away from large gatherings or indoor spaces.  I've compiled this... 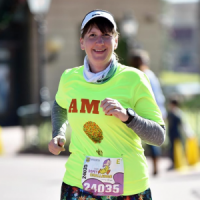 Disney races are back! The successful Wine and Dine Half Marathon weekend took place during the first weekend of November; a full schedule of three more race weekends is slated for the rest of the season. If you're looking to run a future Disney race,...