Universal Studios Orlando had their inaugural running events for the general public in the form of a 5K and 10K race over the first weekend of February. I signed up for both races when registration opened up. Arthur ran the 5K with me on Saturday. I went to the 10K alone.

Training & Goals
My only goal here was to have fun. I thought I'd run:walk the boring bits, stop for whatever characters and photo ops were interesting, and walk when I wanted to look around. I was looking forward to the longer course, with more to see of the parks and backstage.

Race Day: February 2, 2020
I left home around 4:30AM and had the car parked around 5:12AAM. Parking was a breeze both days. Since I was so early, I sat in the warm car for a while before heading to the start line. I was assigned to Corral A again. The wait for the start was cold but uneventful. It was about 49°F at the start with a forecast for clear blue skies. 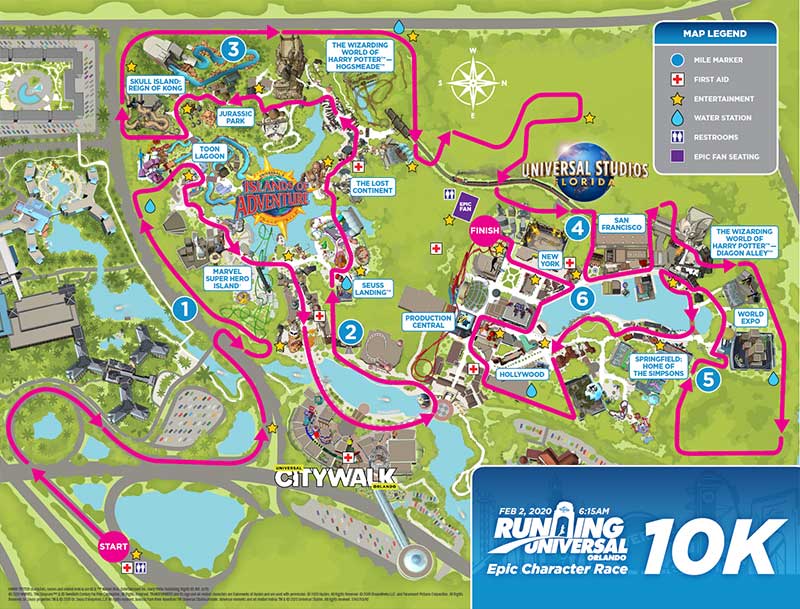 Mile 1: 12:45
The first mile was the same as the 5K yesterday. We started the race at the Volcano Bay bus depot and then ran along Universal Boulevard and Hollywood Way towards Islands of Adventure. 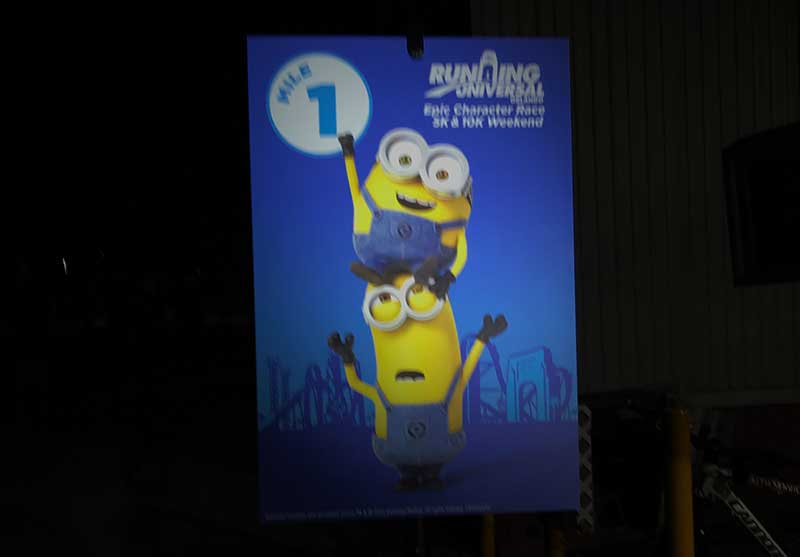 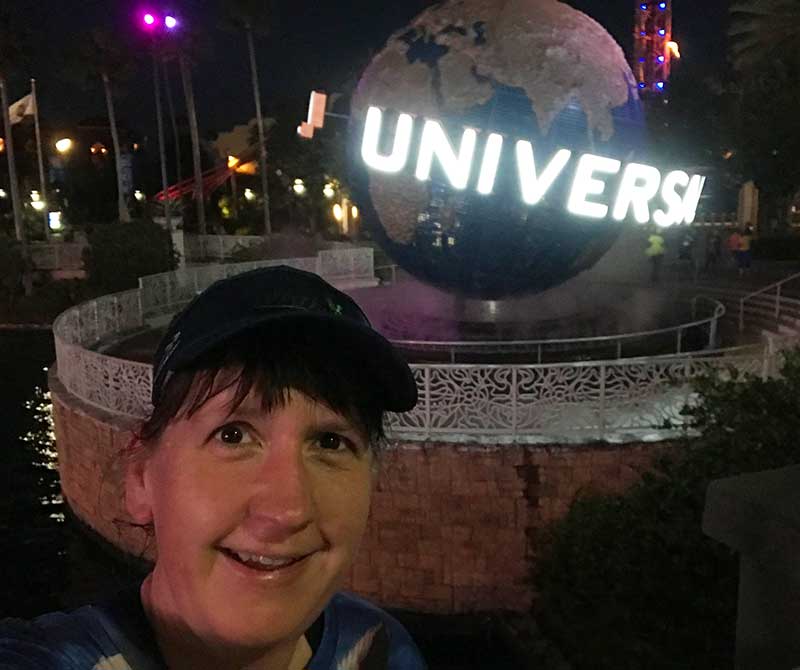 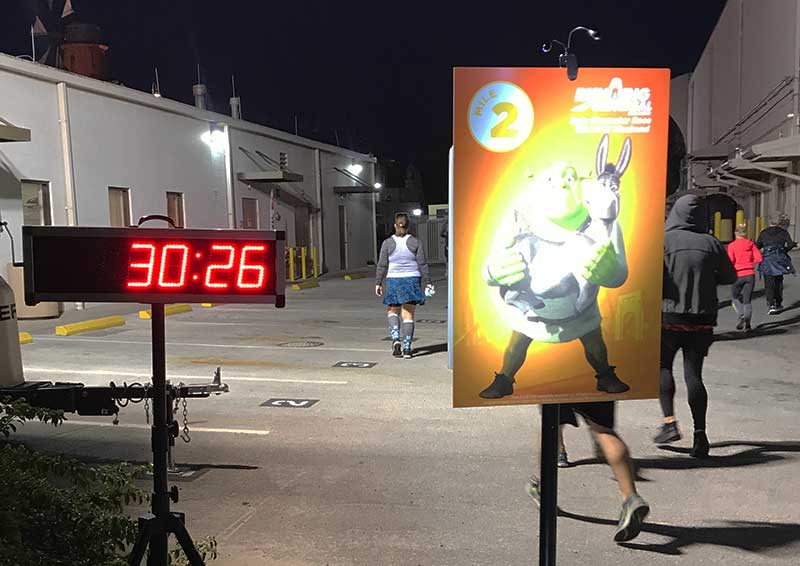 Mile 3: 23:06
Back in the park, we ran through Seuss Landing, The Lost Continent, Hogsmeade (Harry Potter), Jurassic Park, and Skull Island. Here we had the summer Whos out again, Puss in Boots with Kitty Softpaws as well as a live percussion band as on course entertainment. 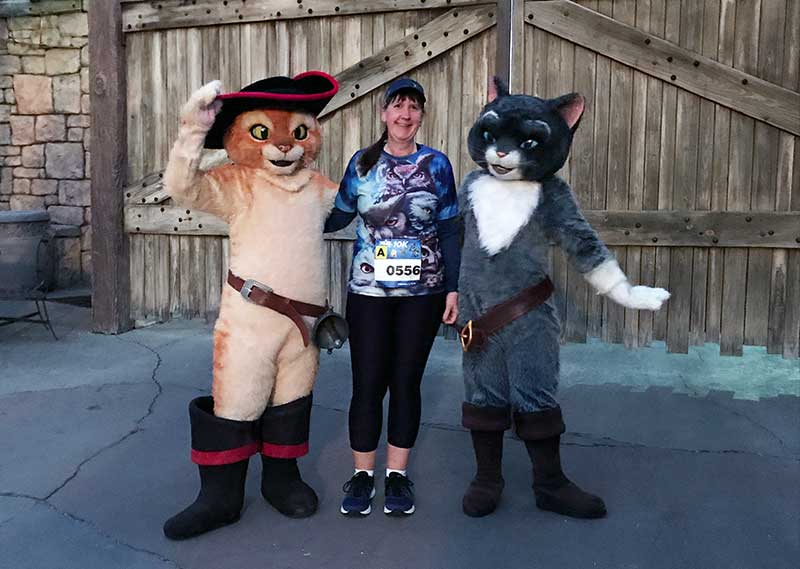 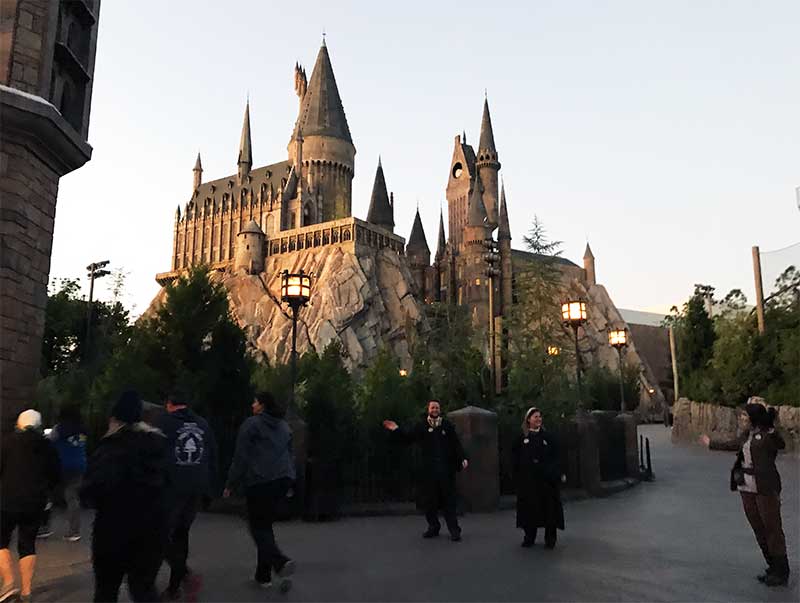 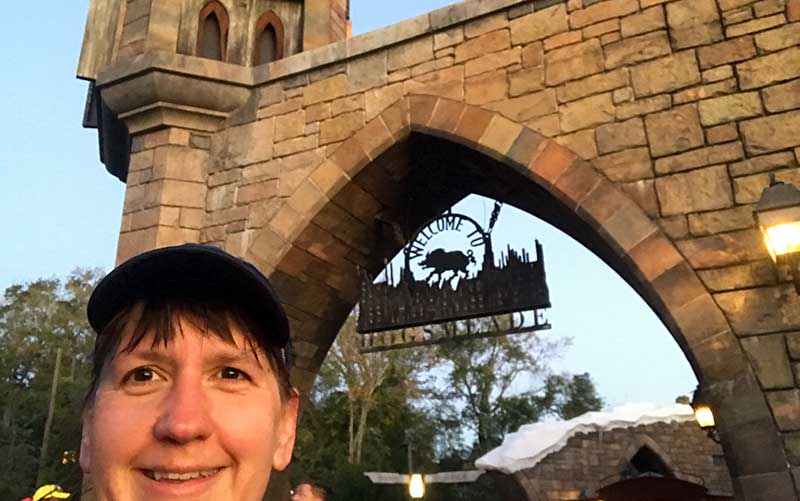 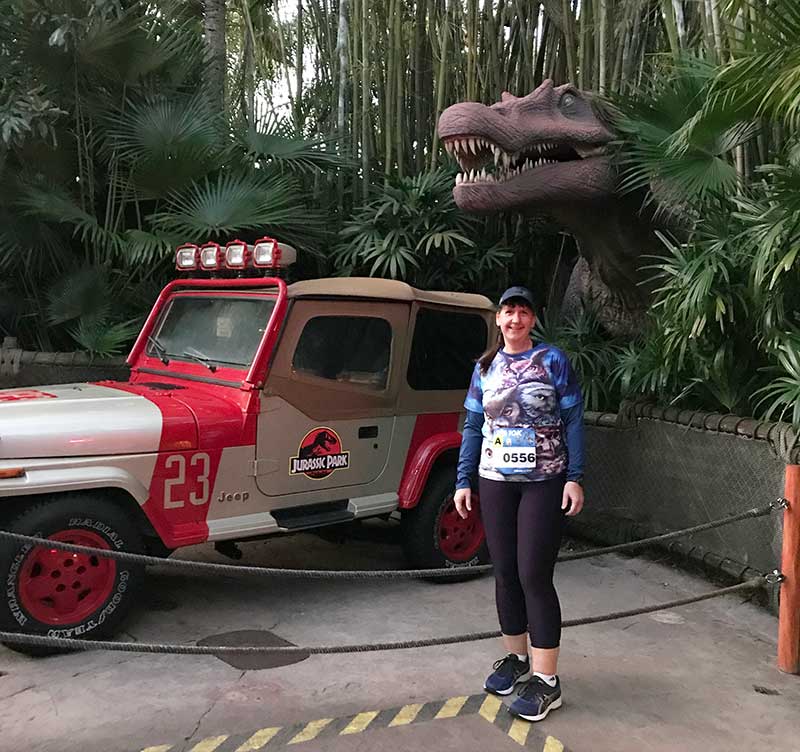 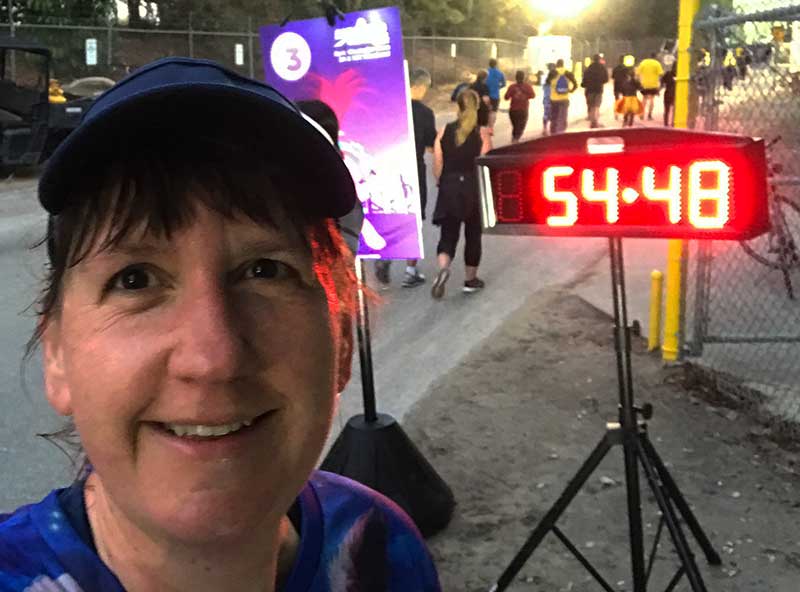 Mile 4: 14:03
Next we ran backstage from Islands of Adventure to Universal Studios Park. I ran by a long line to meet Scooby and Shaggy Doo in front of the Mystery Machine. 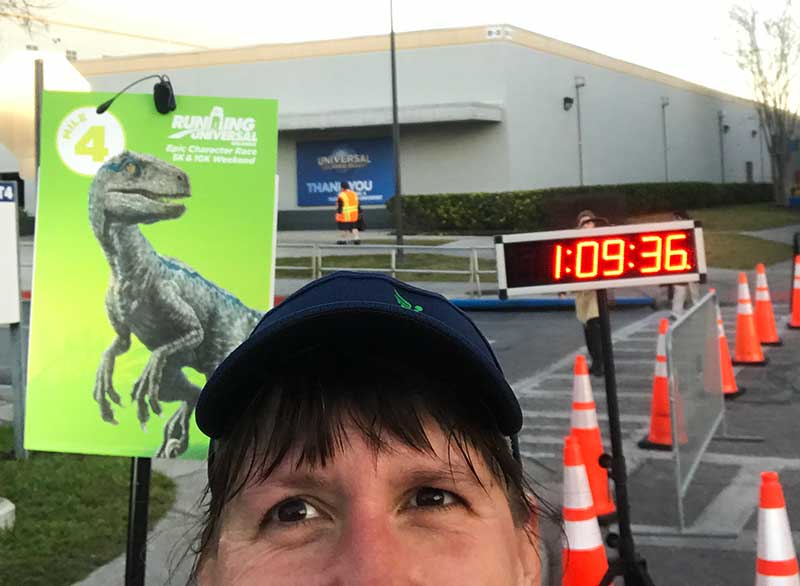 Mile 5: 16:35
The last two miles of the race mostly took us through Universal Studios. For this mile, we passed through San Francisco and Diagon Alley (Harry Potter). 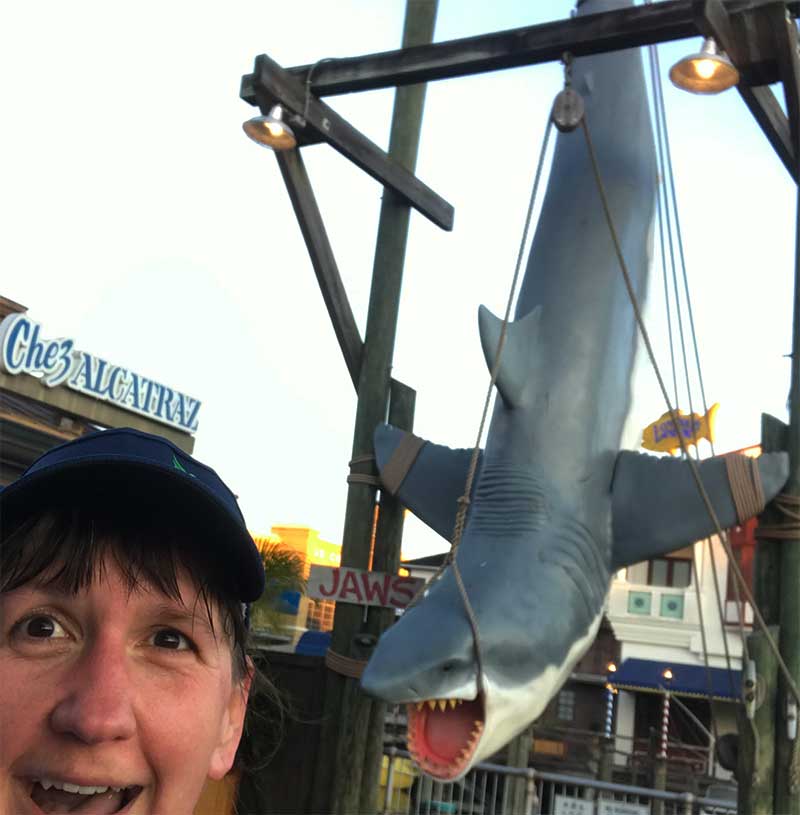 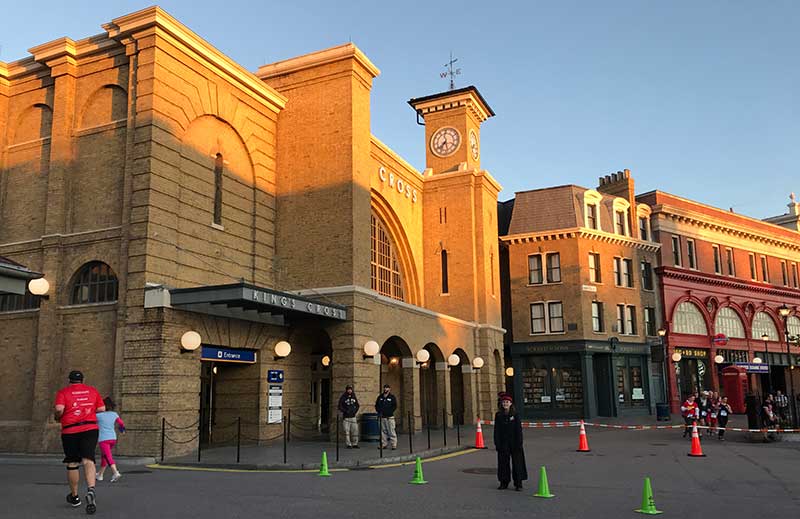 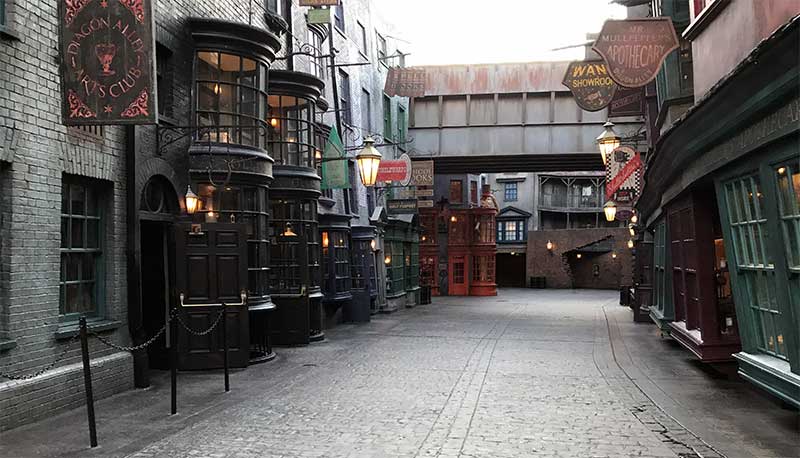 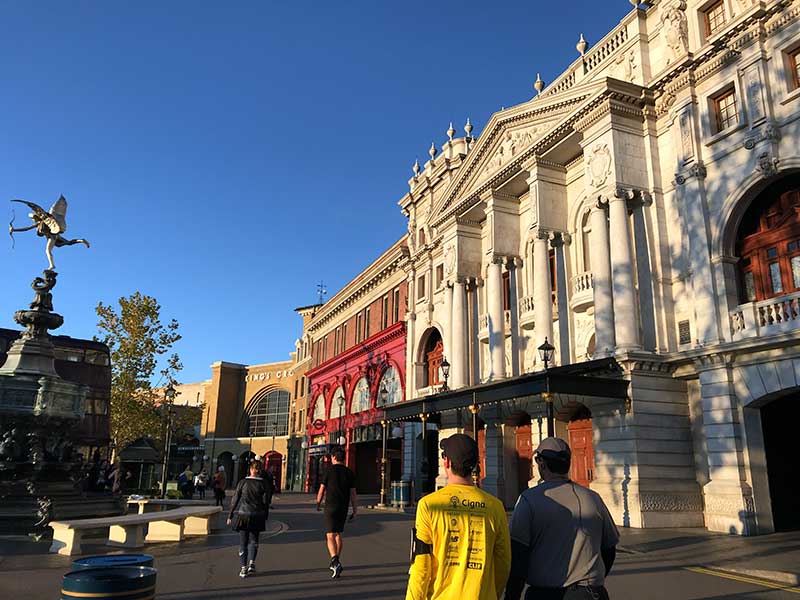 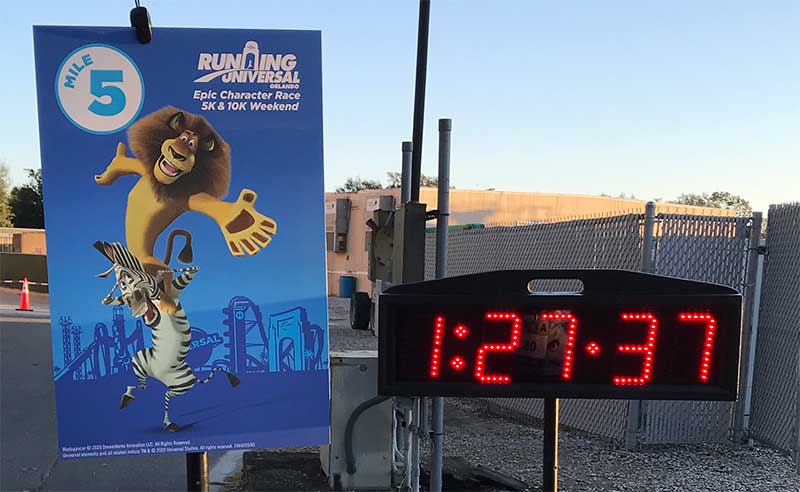 Mile 6+: 18:26, 15:04
The final mile or so had us run through Springfield, Hollywood, Production Central, and New York. I saw Roxie the Aussie in Springfield. There was a big Mardi Gras float out with some stilt walkers as a photo op. I stopped for some photos here, though I didn't stop for Hashtag the Panda. 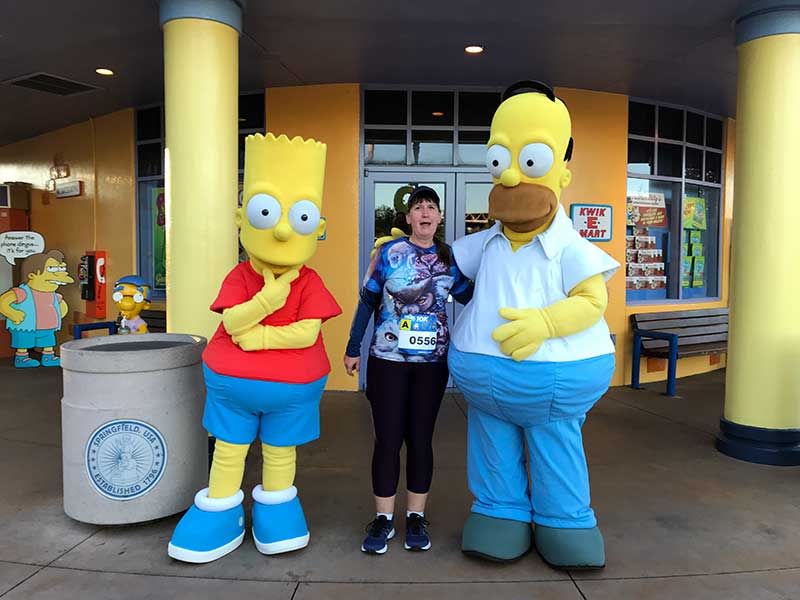 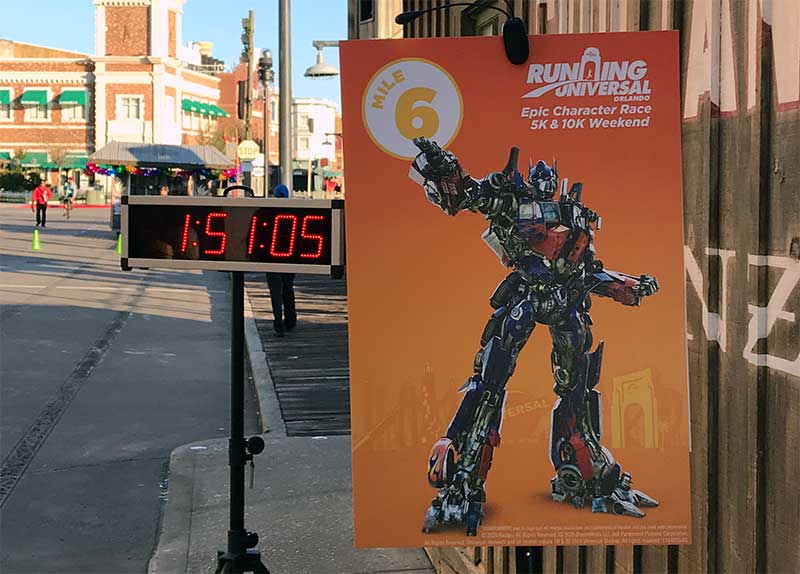 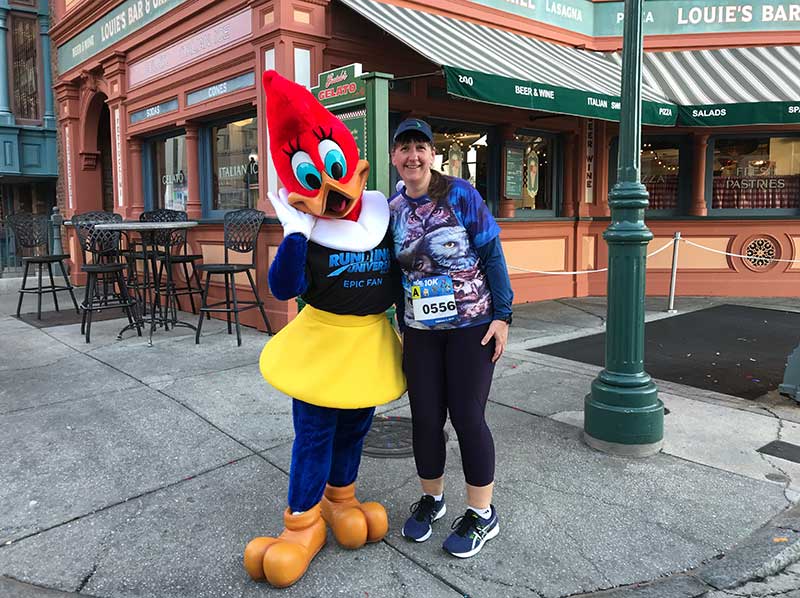 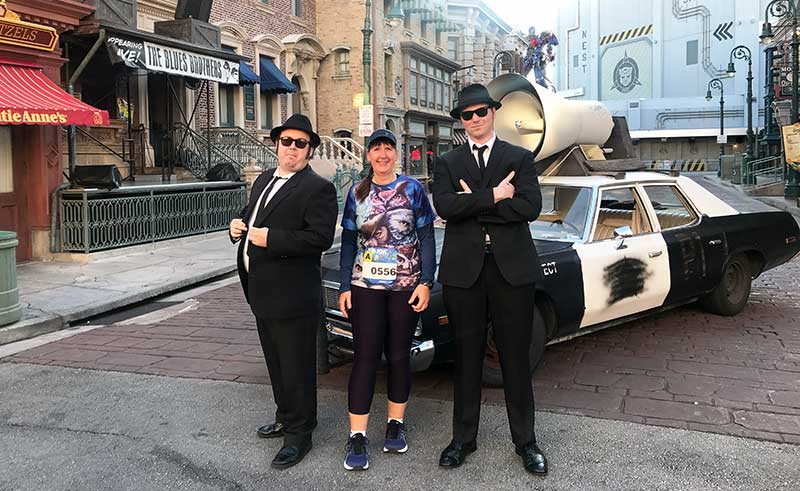 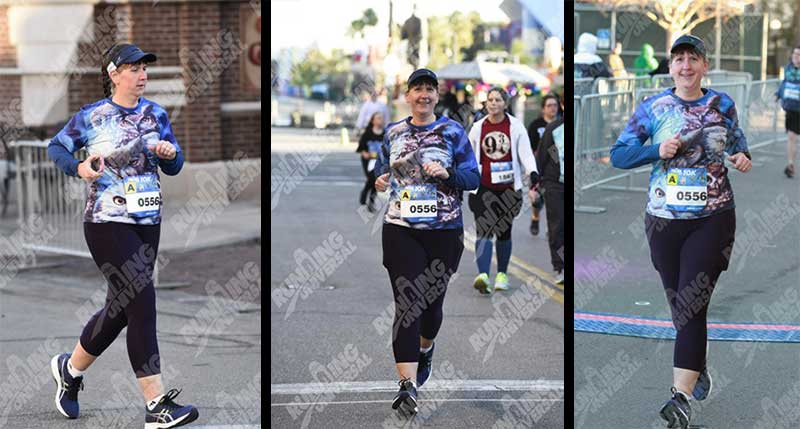 From all the swerving around and going back to get in character lines, stopping for one quick bathroom break, and scooting off course to take various photos, my GPS gave me a race of 6.67 miles.

After the Race
There was a huge line to meet an interactive raptor with a rangler. I stood in the line for a while but it wasn't moving so I left. I got my water and snack box; the bananas were all too ripe for me. Leaving the finish line area, we could also have our photo taken with some Minions but I skipped this too. Instead, I went to the car, changed my clothes in the parking lot hub restroom, and then headed to City Walk to get some doughnuts at Voodoo Doughnut.

Room for Improvement
I enjoyed both races but I had a few problems here and there. I thought I'd keep the negativity in this one section.

Several times during this race I noticed team member photographers not shooting all of the participants. I noticed a couple of photographers shooting runners in costume and skipping everyone else. When I got to the front of the line for Puss in Boots, the photographer was messing around with his equipment so he was unprepared to take photos of the party in front of me or me, which was disappointing. When I was in line for Bart and Homer, the photographer was talking with a bike marshall about how many runners were still coming through. He wasn't paying attention to the guests waiting to have their photo taken, which was unfortunate. Otherwise...

Recommendation
I had a lot of fun during the 10K (and the 5K race as well).

I enjoyed the longer course, which was partially through the parks and partially backstage. I thought there was a great amount of characters and other photo opportunities for the runners, plus general entertainment that participants look for in a theme park race. I also thought the lines for characters during the race were really reasonable compared to my experience at Disney races, though I saw others mention online that they thought the character lines were way too long.

There were plenty of water stops (about one each mile). The start and finish locations were the same for both races and they were very convenient to the parking lot.

The race shirts are kind of cheap, made of heavy wicking material with a thick print, and only available in unisex cut. The bibs are oddly printed off-center and not special, though they are custom. The medals are nice spinners.

Our local CBS station had a runner report on the 10K race. 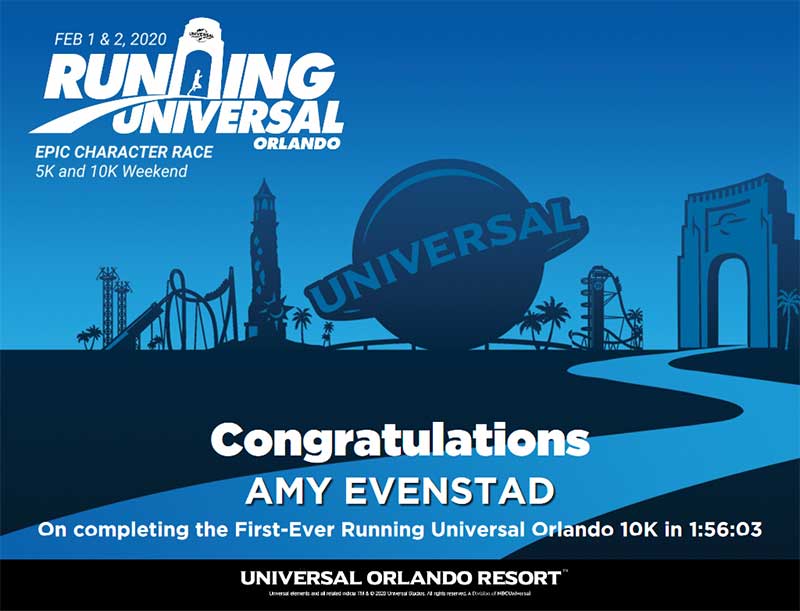 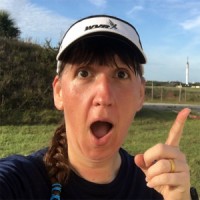 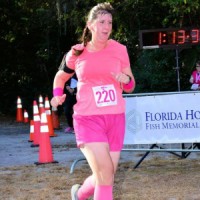