Earlier this year a fun new activity was introduced at Walt Disney World: themed fun runs at resorts. It looks like it started with the Beignet Dash at Port Orleans: French Quarter; the Derby Dash at Saratoga Springs was added later. If these are successful they may add more.

Derby Dash at Saratoga Springs
There were about 20 runners participating on the morning I attended this fun run. Check in was smooth and we could all sit comfortably in an activity room while we waited for the run to start. 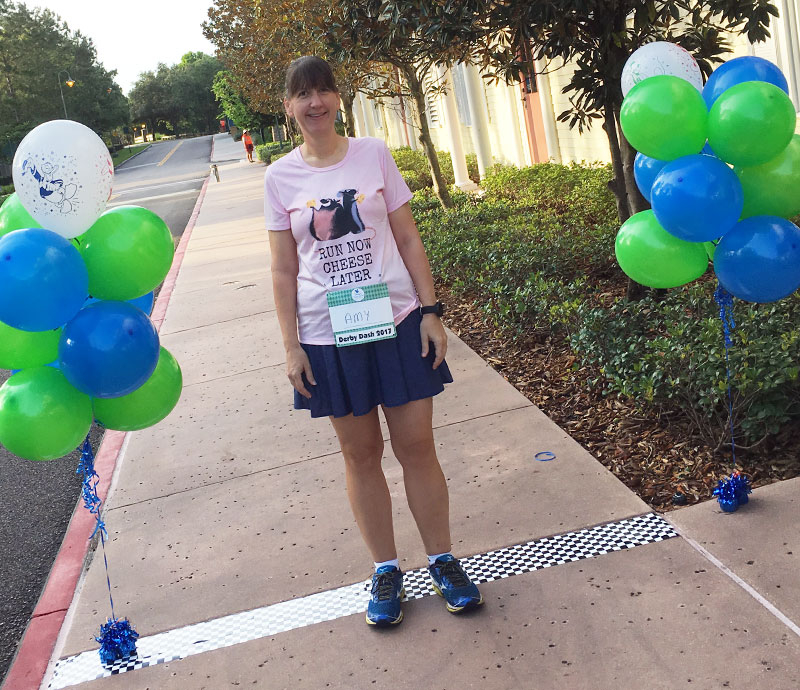 What should have been a fun little run around resort property turned into a hilarious comedy of errors as the entire field took a wrong turn and ended up running around without a clue of how to proceed. We cut across a parking lot and ran down a wheelchair ramp, hitting the finish line of the approximately 1.44 mile race after about a half mile of running and hysterical laughter. A bunch of us tried it again and we could see our mistake the second time -- but a castmember (CM) was to blame, too! We took a turn right by a CM on traffic duty and he didn't say a word -- we should have gone straight!

After that the route was actually very clear with signs posted along the way, and even little cones to indicate where we should not go. We had some nice views of Disney Springs as we ran along the water. 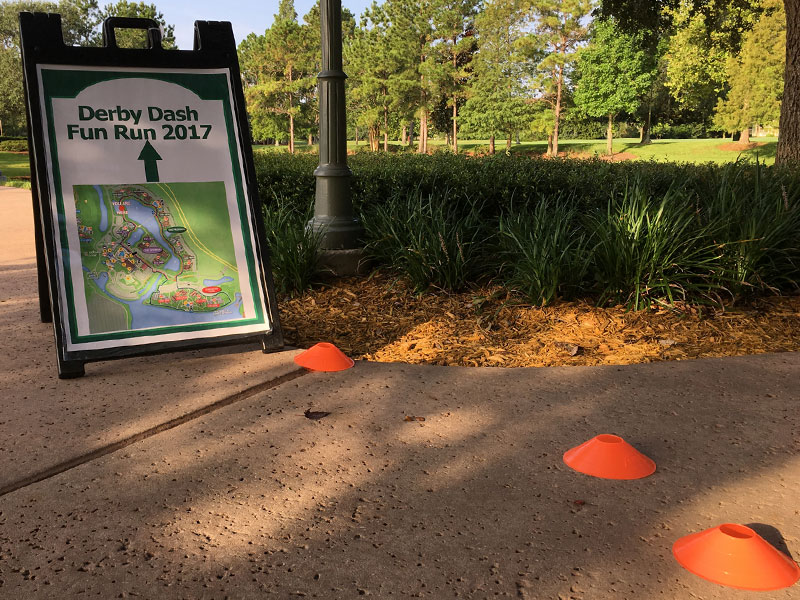 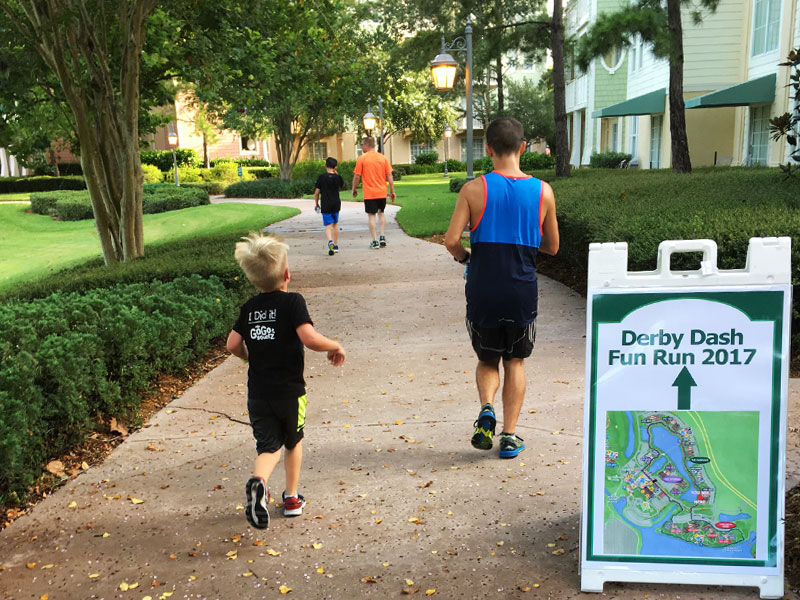 At the end of the run, participants could pick up fruit and granola bars as well as water. Everyone got a finisher medal. 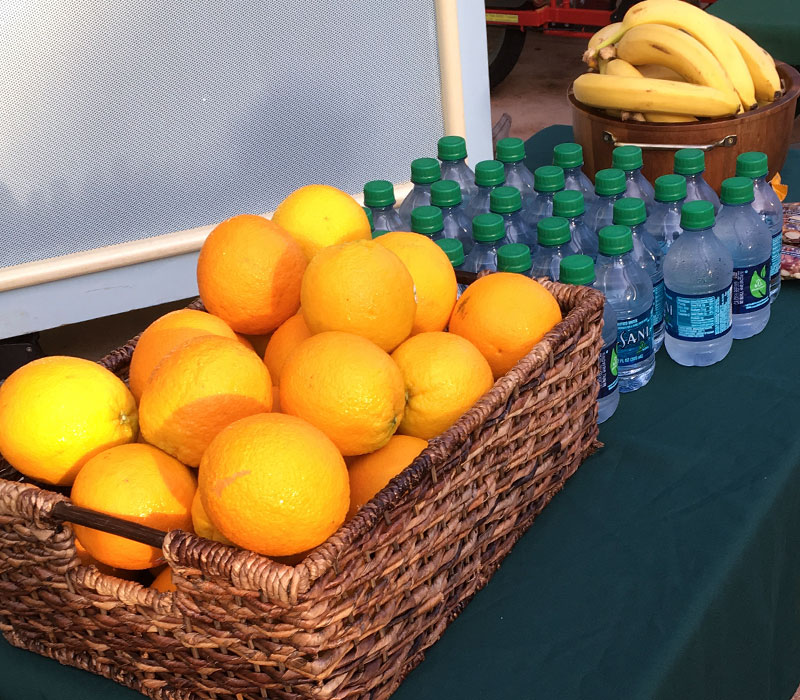 Here's an aerial video rendering of the run from relive. The first loop is the error; crossing the start again for the second loop is the correct route. relive Derby Dash with unintended detour (or extra magic) 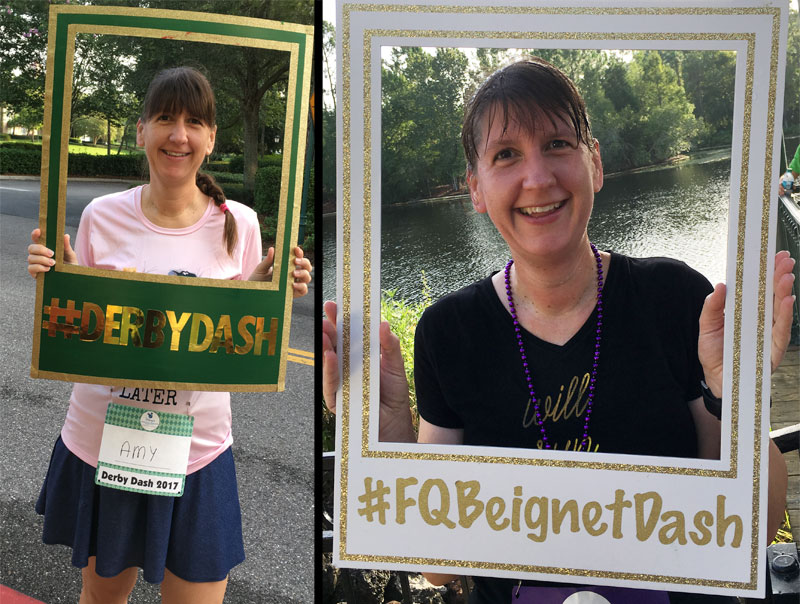 Beignet Dash at Port Orleans French Quarter
This race was better attended with 50+ runners participating. Check in was hindered by a tech-fail: the credit card machines were broken so CMs were taking payment by writing down everyone's information. 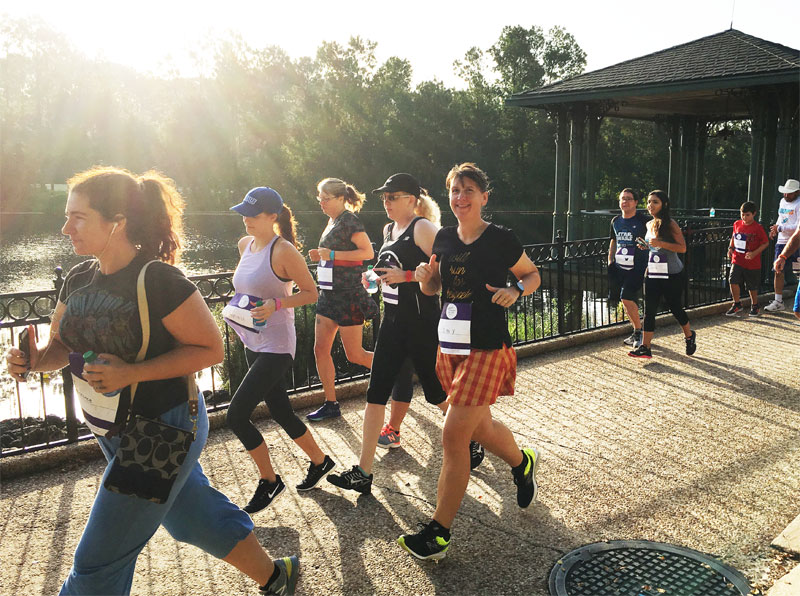 The course for this run is a nice pathway along the river with runners circling around Riverside and French Quarter. There were signs out on the course and a few CMs out pointing the way. 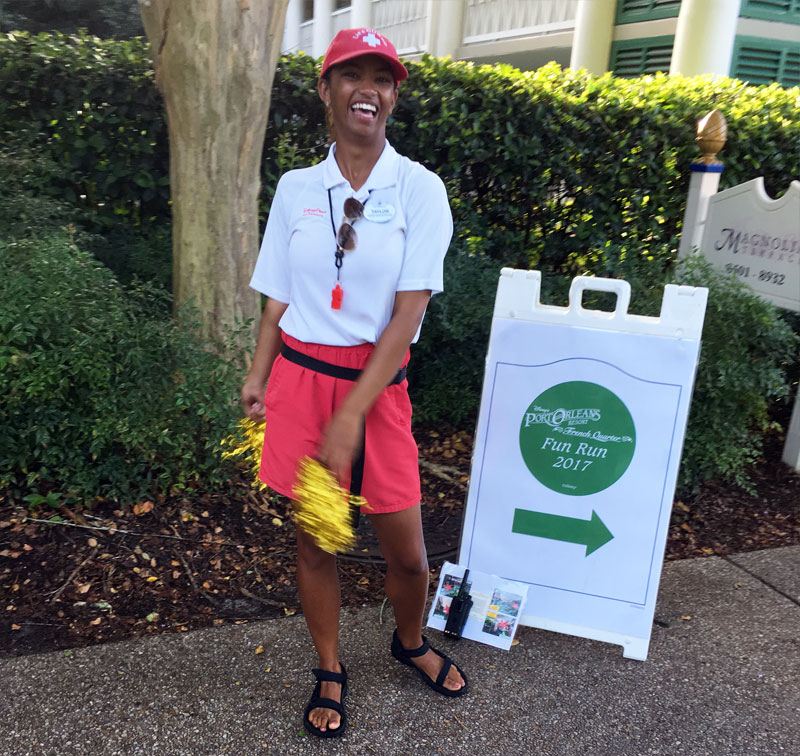 At the end of the run everyone got a finisher's medallion on a lanyard of beads, plus a small goodie bag with more bead necklaces and a couple of themed pins. A voucher attached to our bib could be redeemed for an order of three beignets from the resort's food court when the race was over. 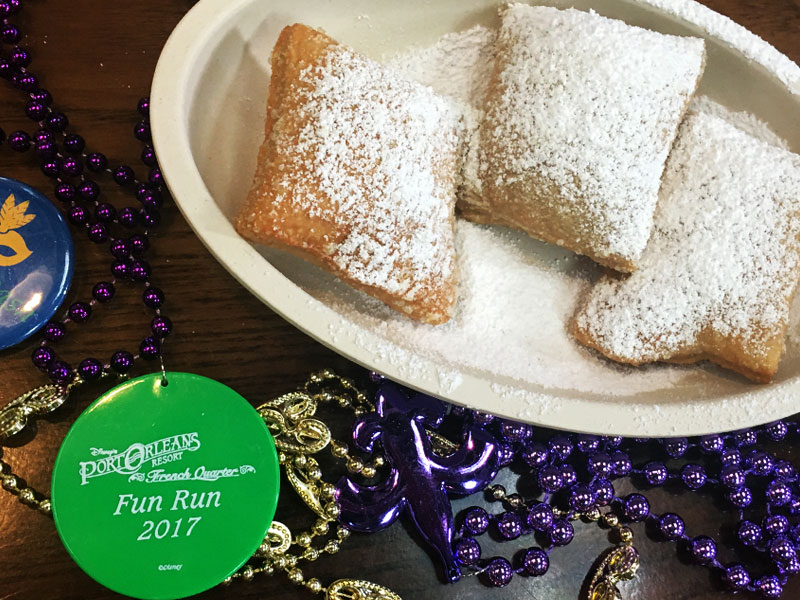 Here is the relive map recap of this run: relive Beignet Dash

Recommendation
These little fun runs are a cute experience for resort guests and visitors alike. They are extremely walker-friendly and short enough for nearly everyone to be able to participate. Each dash costs $15 plus tax. I think the Beignet Dash is a better value because of the tasty beignets at the end, but both dashes are a fun way to spend some time before hitting the parks.